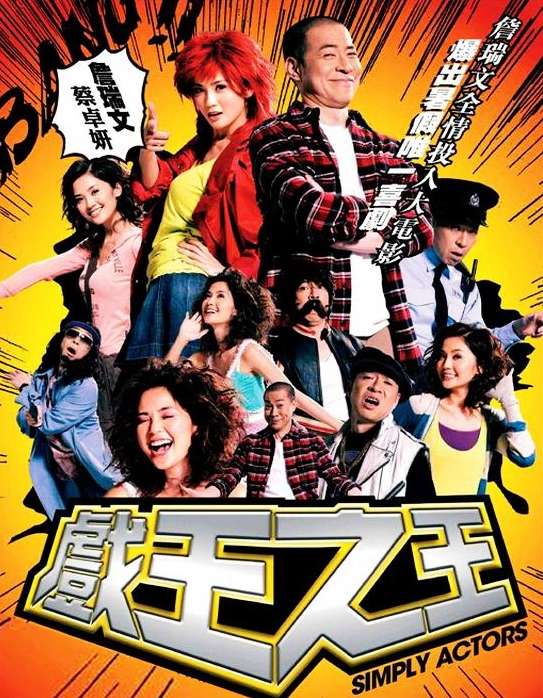 Since the undercover cops were too weak in acting and were usually killed by Triad with their identities unveiled, the Force realized a need to enhance its members' acting abilities. Hence, Chan Man Long (Sui-man Chim), a constable whose antics and showmanship won him best performance awards at the Force's annual parties, was handpicked by the Deputy Police Commissioner (Starring Ann Hui) to enrol incognito into a Performance Arts Academy as an experiment in upgrading police¡¦s acting abilities.

Man Long was thrilled that his lifelong acting dreams were finally going to be realized, but quickly found out that with his plain looks and exaggerated performance skills, he paled before his younger and better looking classmates.

His only good friend in class was a fellow mid-term new student Dani (Charlene Choi). Although she earned her fame by starring in a string of skin flicks, she was an aspiring actress with a heart of gold. Dreaming of becoming the lead actress in real feature films, Dani practiced hard to improve her acting skills. Her enthusiasm touched Man Long deeply.

Man Long's confidence plunged into a downward spiral when he failed in a police operation and nearly lost his life. Luckily, with his classmates' help, he at last got away from the tight spot. In his darkest moment he met a janitor (Anthony Wong Chau-Sang) in the Performance Arts Academy who held that people slip in and out of different roles in their everyday lives and the best acting skills can be cultivated when you pay attention to what you do every day. With a renewed understanding of what it took to be a good actor, Man Long made great strides in acting.

In the end, Man Long returned to the Force and became the best tutor of the undercover acting classes

Could not find wordpress article with a title like Simply Actors