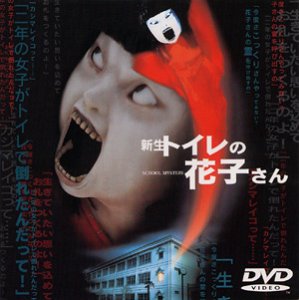 The merry music of a brass band marks the entrance ceremony for freshmen at the Midoridai Junior High school. Satomi Kurahashi, a new student at Midoridai, takes her seat with all the hope of a freshman. Her friends, Kanae Sawaguchi and Kosuke Kashiwagi, have also been assigned to the same class. Satomi's parents, Takeo and Eiko, learn that Mr. Asaoka is in charge of the junior year. All three look back to an incident that took place eleven years ago in the old school building. Satomi had a sister, Kaori, who was a student at Midoridai at that time. But Kaori suddenly disappeared and in spite of an intensive investigation, no trace was ever found of her. Rumors abounded - she'd been kidnapped or spirited away by unknown malevolence. As the first day of school draws to a close, the friends are walking in the school grounds when they come across an old shrine at the back of the school. It is the same shrine Satomi noticed in a photo of Kaori which was taken just before her disappearance. As Satomi stares at the rusty lock on the shrine she hears a voice whispering her name. After that many strange incidents begin to occur. Satomi, Kanae, and their teacher, Mr. Yabe, all collapse after an encounter through a mirror in the upstairs' toilet. Before long the school yard rings with stories of "Hanako, the ghost in the toilet." As Satomi investigates Kaori's disappearance by looking through old school records, she can't help but note the name Reiko Kashima keeps reappearing throughout the narrative.

One of Satomi's friends, Etsuko, suggests to Satomi and Kanae that they consult the Ouija board. Wary at first, Satomi's curiosity finally wins over and they begin trying to contact the spirit world.

Terror strikes the girls when a spirit does indeed reply. Kanae collapses to the floor, her eyes rolling back in her head. The doors to the shrine slowly creak open and strange noises come from overhead. The wave of horrific experiences continue to mount as the evil which had lain dormant for eleven years returns with a chilling fury that will change their lives forever.