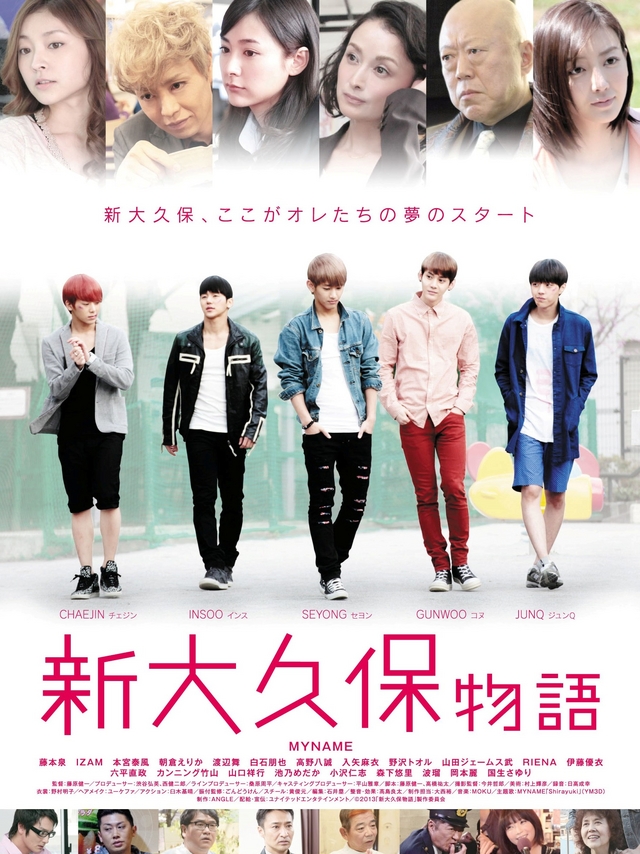 Set in the Korean Town area of Shin-Ōkubo, Tokyo.

ChaeJin wants to work in the entertainment field, but he currently works as a tour guide. InSoo also works as a as guide, but isn't content with his job either. InSoo doesn't know exactly what he wants to do. Meanwhile, Gunwoo and JunQ are members of an upstart Korean band named "NOBODYS," but their group fails to make their debut in South Korea. To find a way out, they travel to Japan. SeYong is a talented performer and member of "NOBODYS". He also travels to Japan to get his back treated.

Utako (Izumi Fujimoto) works for an entertainment company. She knows of Gunwoo and JunQ through a friend and hopes to have them debut as a K-Pop group from Shin-Okubo. She proposes her idea to her company president, but the president doesn't seem very fond of her proposal. By chance, Kotoko meets InSoo, ChaeJin, Gunwoo, JunQ and SeYong. She sees that the boys have some potential and agrees to allow them make their debut in Japan if they join together as a group. Problems though arise as InSoo's yakuza father forbids him from doing so and SeYong is told to focus on receiving treatment for his backache. Yet, Utako is busy making plans for the group's debut. She names the group "MYNAME". Qui Yue Kissme Sep 24 2013 7:00 am Cool, going to check out this movie! I wonder if they will be speaking in Japanese with their own voices...