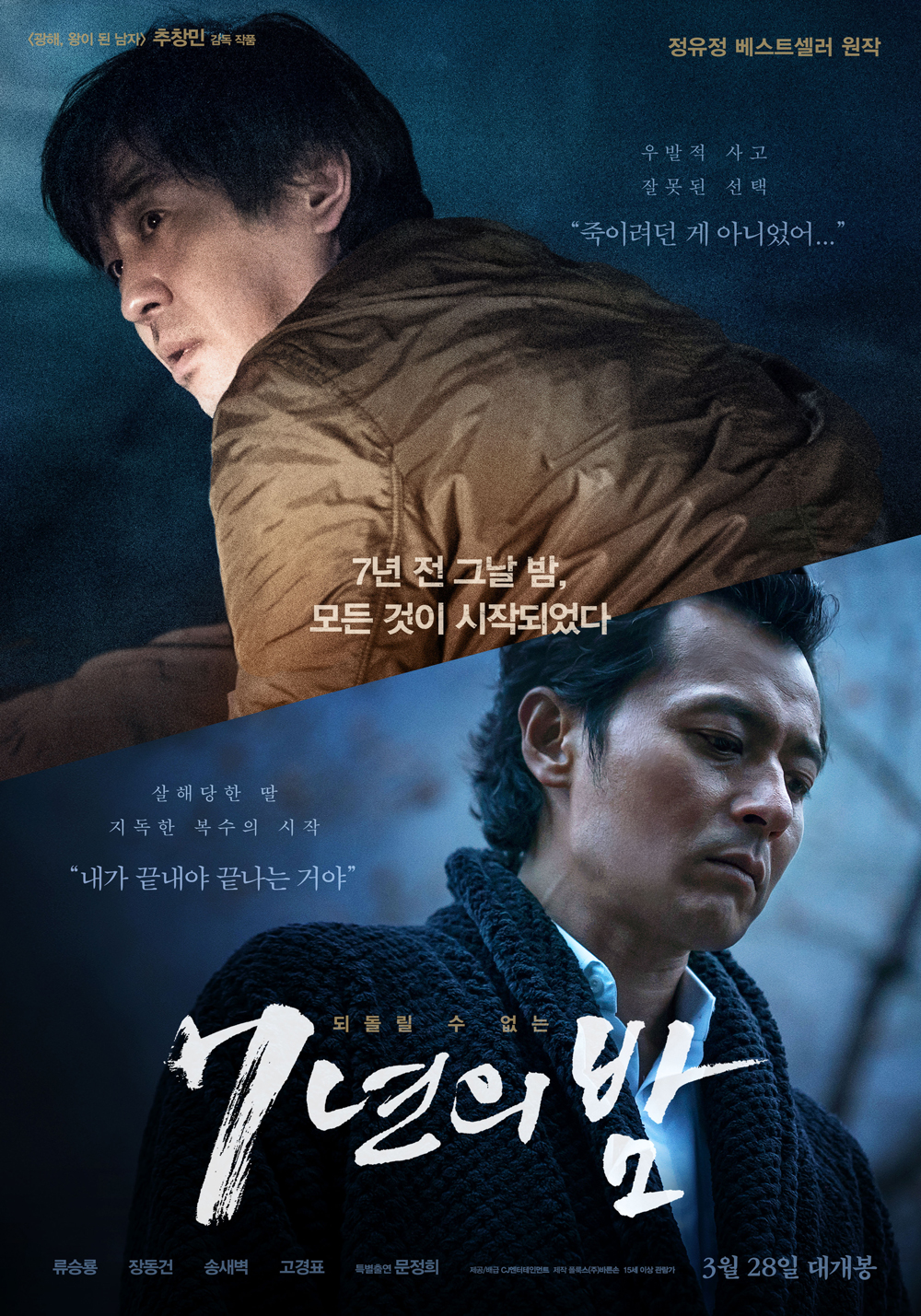 Seo-Won (Ko Gyung-Pyo) has gone through a lot as the son of a murderer. He learned that his father was executed. Seven years ago, his drunken father Hyun-Soo (Ryoo Seung-Ryong), working as the leader for a management team at a dam, drives out to Seryeong Village where the dam is located. His car hits a girl and he throws the girl into the lake. Since then, Hyun-Soo goes crazy due to guilt. Young-Je (Jang Dong-Gun) is the dead girl's father and takes revenge upon Seo-Won.

xyz Apr 18 2019 7:30 am so i finished the movie shortly after reading the book. i wanted to watch it because of ydg ... and was quite disappointed storywise. the whole thing appeared mor like a lose collection of scenes with things left out or jumbled on wrong places. rly sad

Whateva Feb 05 2016 8:44 am I thought lee hyun woo would be holding the seo won character. but that's okay I want to watch it cuz it looks interesting.

but I want to see lee hyun woo!