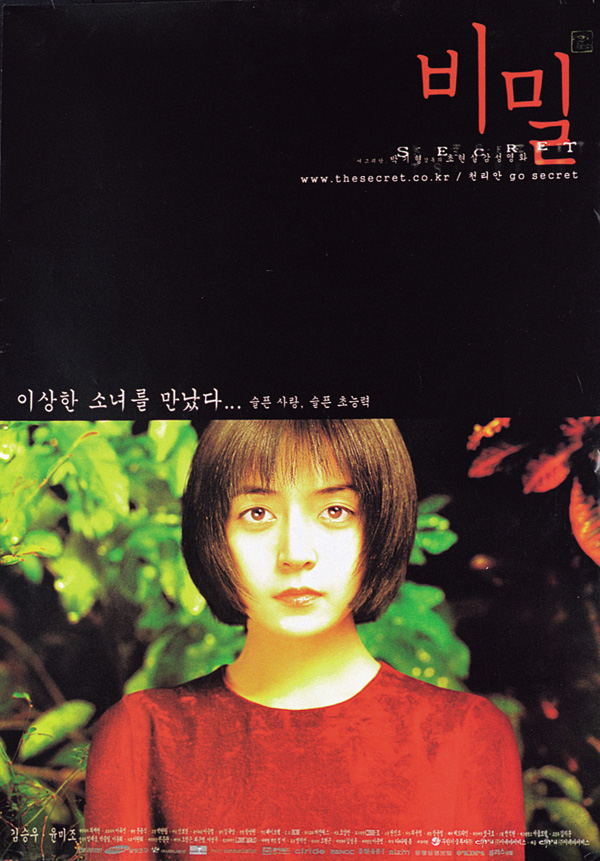 A young man named Gu-ho (Kim Seung-woo), who is more than a little tipsy, and his two friends, Hyeon-nam (Jeong Hyeon-woo) and his girlfriend Do-kyung (Park Eun-suk), accidentally run down a young girl (Yun Mi-jo) whilst driving home from a bar. The impact of the car is so hard that her body is literally thrown into the air, and she is knocked unconscious. In time-honoured horror movie tradition (just the same as in, say, the opening sequences of Shutter, or Ju-on: The Grudge 2, both of which this movie predates by quite some years), Gu-ho wants to take the girl to a hospital, but Hyeon-nam tries to persuade him to leave her behind at the scene as a hit-and-run.

While they are deciding, though, the girl opens her eyes - and something very strange happens between her and Gu-ho. Eventually, he elects not to just dump her and run, and decides to take her to the hospital the next day. Checking through her pockets for some form of ID, the driver finds a bunch of keys with a picture keyring on it, featuring a photo of the girl with a friend about the same age, and a gold ring, hidden away in a handkerchief. He also discovers her name: Mi-jo.

In the meantime, after returning to work leaving the girl sleeping in his apartment, Gu-ho starts to have hallucinations of both an auditory and visual kind, which disturb him greatly.

After a visit to the hospital, it turns out that Mi-jo has amnesia caused by the accident - but that's all she's suffered. Not even a bruise to show that she was thrown into the air by a car, which perplexes Gu-ho completely. He realises that he will have to take responsibility for the girl because he can't explain to anyone who she is and how he came to be involved with her, so he takes her back to his apartment again.

bypass censorship Jun 20 2013 7:32 pm Frequently I wouldn't read through document for websites, even so want to declare that that write-up pretty pushed us to perform therefore! Your current way with words continues to be pleasantly surprised everyone. Thanks, good submit.