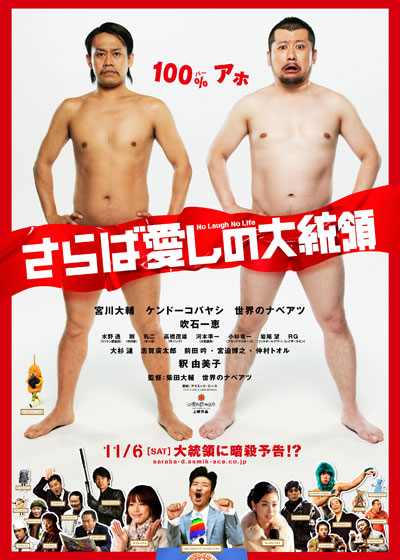 With the recession still occurring in Japan and the area of Osaka thought to be hit hardest by the economic downtown, Osaka's gubernatorial election occurs. The surprise winner of the election is Sekai no Nabeatsu (Atsumu Watanabe).

Three months into his gubernatorial term and with little help from national government, Sekai no Nabeatsu declares Osaka an independent country and takes office as its first President.

The Osaka Police then receives a message warning of an impending assassination attempt on the President of Osaka. Police Detectives Hayakawa (Daisuke Miyagawa) and Banba (Kendo Kobayashi) then set out to search for the criminal group. Can the bumbling detectives protect the president? Will there be a future for the country?