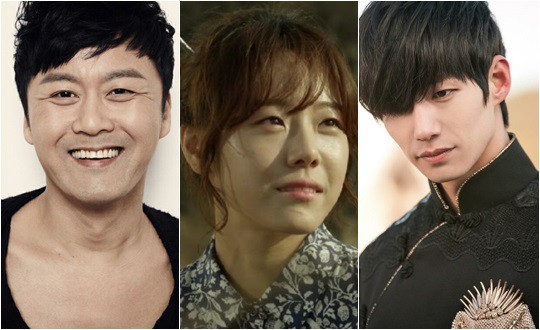 Doo-Sik (Kong Hyung-Jin) left his hometown a long time ago. He left behind his wife and daughter. After the death of his wife, he decides to go back to his hometown. He faces his daughter Myung-Ae (Lee Si-Won) and her husband Hae-Nam (Song Jae-Rim).

SAM Jan 24 2015 1:47 am Song Jae Rim is an awesome actor and very handsome. I like to see him as the main character more. Not as a second lead actor but the first main male lead pleaseeeeeeesss. I love him so much, he is very handsome!!

maikomiyuu Oct 22 2014 5:22 am I think shinaya write without thinking!!!! Song jae rim act in inspiring generation was really cool !!!! Maybe late to be known but he will be a great actor.

catrion90 Oct 20 2014 4:14 am @ShinAya ssi, what do u mean by the worse model turned actor? if you're not watching his previous drama and movies, you don't have a right to say like that. many people start to recognize his work and for me, he is one of the actor that have lots of charisma and can give a great acting at any different character. He deserve to get in this movie

girlstrike Sep 25 2014 5:26 am HUWAAAAA....... she said Song jae rim a terrible model-turned actor?!! this is hurt, Song jae-rim crawling to be a known actor, i think this is his time to be more famous. he didn't came from big company, and really kick his ass to be a good actor... i've seen him at 2ne1-go away MV, and he acts really good, he beating CL really hard, and success to be an as***e boyfriend. OMG how could u say like that?!

ShinAya Aug 22 2014 7:46 pm I can't believe a great director like Moon Si-Hyun and a Kim Ki-Duk collaborator would pick a terrible model-turned actor like Song Jae-Rim to star in their film.