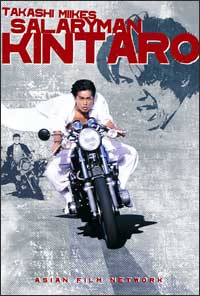 Kintaro Yajima, a former bike gang leader and a current white-collar worker in a construction company, finds himself unable to win a contract for his company due to a corrupt bidding system. With the help of a new friend and his old connections, Kintaro declares war on a system corrupted by unscrupulous politicians, corporate backroom deals, and the mafia.