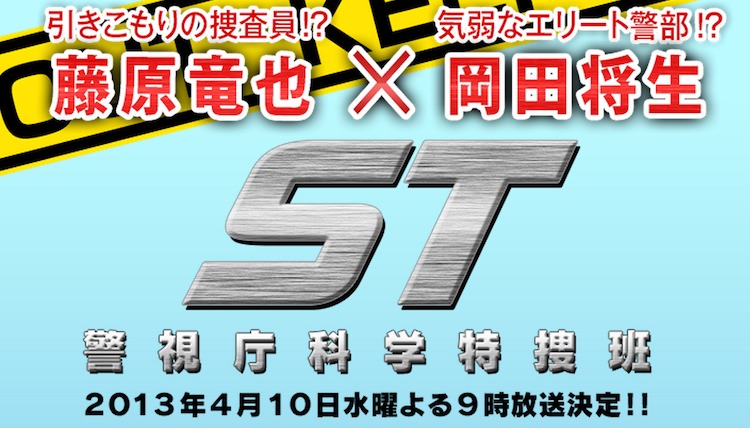 The ST team at the Tokyo Metropolitan Police Department consists of eccentric members. Some members do not cooperate with others and others do not reveal themselves in front of others.

Akagi (Tatsuya Fujiwara) works as an analyst on the ST team. He won't appear in front of others, but his colleagues trust him as a leader. Yurine (Masaki Okada) is tasked to manage the ST team. He experiences difficulties in dealing with the team.

The ST team come into conflict with other detectives at the police department over an indiscriminate gun firing case and a grotesque murder case. Because of this, Akagi appears in front others. Akagi and Yurine work to solve the cases.