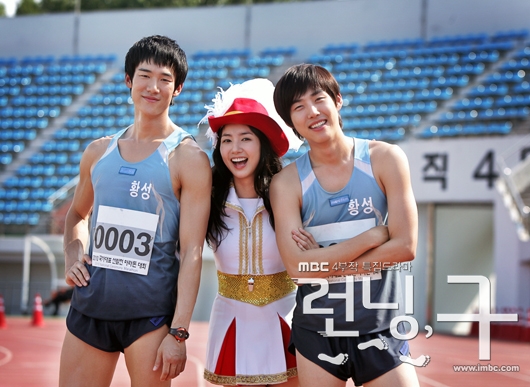 Now, Dae-Goo is preparing for a run. He is waiting for the starting signal of the marathon. His father goes on the field and tries to drag him away.