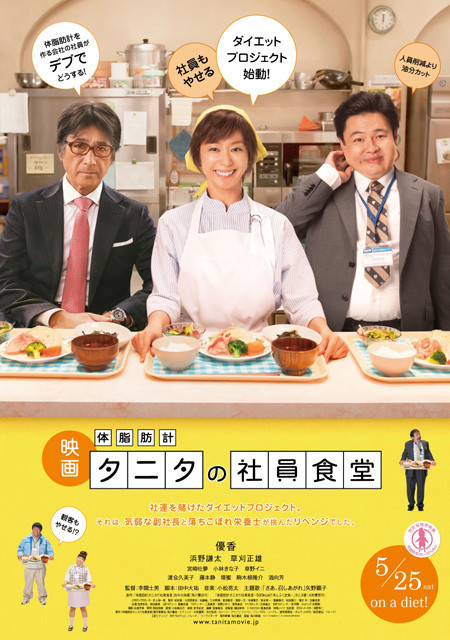 The Tanita Corporation has developed the world's first body fat measuring device. The company itself also has many overweight employees. Because of this, the company finds it difficult to persuade perspective customers to buy their product. Company President Unosuke Tanida (Masao Kusakari) then orders all of his employees to go on diet. Vice President Konosuke (Kenta Hamano) hires nutritionist Nanako (Yuka) to oversee the project. Employees are to eat twice at a company restaurant, but problems arise in sequential order. With Nanako's magic recipe, employees at the company begins to see results. Simran Apr 26 2014 11:03 pm it is a really good movie!..i came across it when I was onboard a flight and the movie was played . though I don't understand Japanese, I could relate the actions of each character so as to understand the movie. the movie not only motivated people to diet but also gets people hungry!