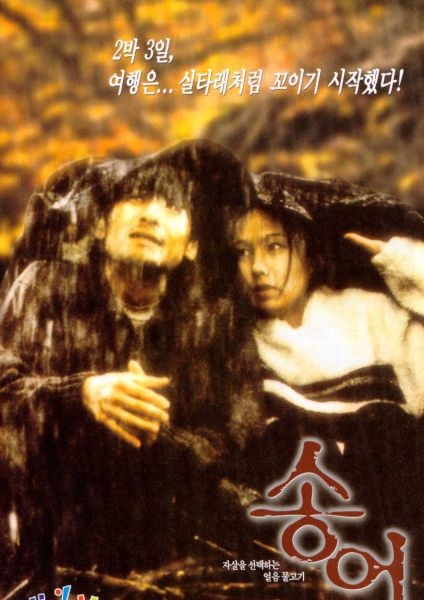 Take two successful and self absorbed couples and a younger sister from the sprawl of Seoul and set them down for a weekend out in the countryside where there's not much else to do but squat in rivers to increase your sexual stamina and eat a lot of fish. Place them at the home of a moody fish farmer who's not only the former lover of one of the wives, but prone to drinking, smoking, and eating sushi at every opportunity. Other countryside characters displaying their earnestness include a set of rowdy hunters (named Rambo and Gorilla), a Peeping Tom with a crush, and fish that commit suicide when stressed.