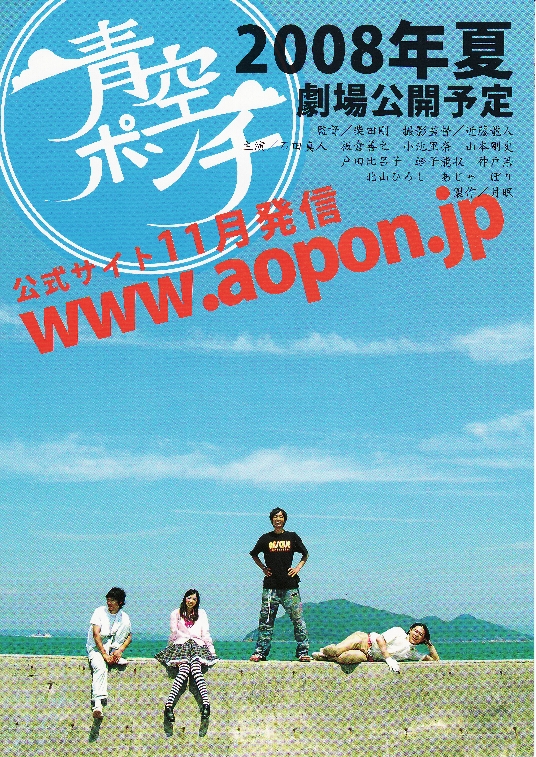 Katsuo is a young boy dreaming to be a professional musician. However, when he's about to make his debut, he suddenly decides to go back to his hometown to see his old band. Finding other band members, they start practicing for a summer festival, but Katsuo's unreasonable behaviors upset his bandmates. The film's title reflects both Katsuo being a man of great talent ("ponchi"), as well as the clear blue skies ('Aozora") that make up the film's beautiful summer setting.