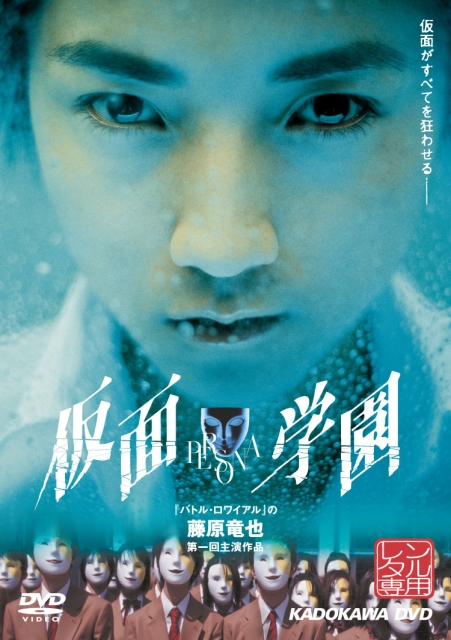 When a student by the name of Danda adopts a porcelain mask as a direct result of school bullying, he spurs on a large majority of fellow students to do the same thing. With this mask in place Danda has been able to hide his insecurities and act without remorse, challenging those who once dared to torment him and finding that great power lies elsewhere. Eventually this “fad” takes over the entire school, placing them in news headlines, while several teachers begin to worry about the damage it might be causing. This infatuation with masks is only further escalated by a recent string of fashion shows, led by the mysterious and popular model Hiroko, who champions the mask craze and in fact promotes them in line with her lead designer Daimon’s (Akaji Maro) clothing fashions.

Meanwhile high school student Yuki (Maya Kurosu) and her best friend Ashihara (Yuma Ishigaki) receive an e-mail from an old school chum by the name of Tonomura, inviting them to attend a special party, which soon enough draws them into the word of masks, but when Tonomura mysteriously dies they begin to investigate this new social phenomenon. Soon enough a tabloid reporter called Yaba (Ikkei Watanabe) asks for the help of Yuki and Ashihara, who have managed to source some solid leads, least of which is the whereabouts of a mask maker named Akira Dojima (Tatsuya Fujiwara). Yuki eventually meets Dojima and discovers that he creates these masks for a particular reason, but the closer she gets to him the nearer she draws closer to becoming a major target for whoever is murdering helpless victims.