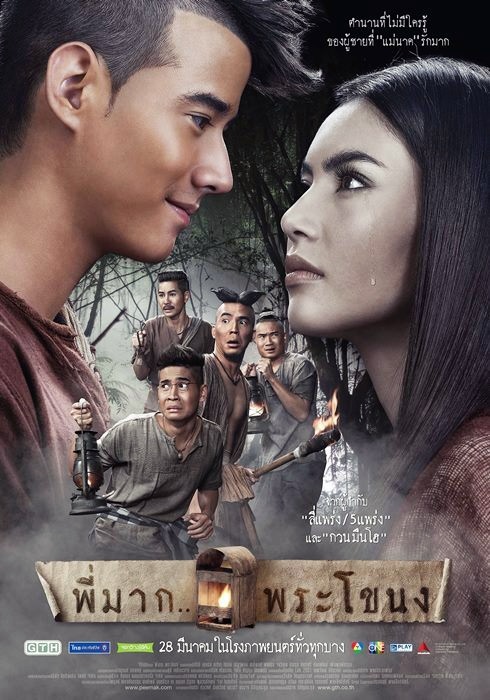 In the Rattanakosin Kingdom, Mak (Mario Maurer) leaves his pregnant wife Nak (Davika Hoorne) to join the war and meets four soldiers who become his best friends. During this time, his wife Nak struggles to give birth to their baby.

When the war ends, Mak invites his friends to visit Phra Khanong and meet his beautiful wife Nak. Meanwhile, rumors fly around town that Nak is a ghost. His four friends and villagers trying to tell Mak that his wife is already dead. Reakor Aug 08 2018 7:38 am The movie made me laugh, cry and feel sad. It has got all the beautiful elements that a movie needs. Really love this movie.

Maryvic Jane Fermano Sep 26 2014 2:14 am I love this film... It was really hilariously great, the actors perfectly delivered... Its good to see a horror/suspense film where you could be afraid, laugh and cry at the same time... So differently made, two thumbs up guys!

Mi Jul 04 2014 2:17 am Its a great movie! It balances both horror and comedy pretty well. I laughed and cried. Overall, this movie is high recommended ;) The gang is really hilarious!

Pa Lo Aug 29 2013 5:49 pm This movie brought me tears & laughers, the storyline was different but it gave it a good comedy to it. The actors and actress were awesome and great job with there roles. True Love Never Dies !

MovieAvid Aug 26 2013 9:22 am Love this movie a lot I just watch it yesterday, and Gosh!!! I repeat it again today twice.. Asia really have a great folklore stories.

Richard Falch Aug 23 2013 1:09 pm Could you please tell me where i can buy this movie ie Pee Mak Phra Khanong with english subtitles ?

Hiruzuli Aug 07 2013 6:50 pm Kind of weird to see this movie. I started with high expectation considering the high rating and voters at IMDB. But it was not like what I expected, not as funny as Bangkok Traffic Love Story and ATM, not as loveable as Hello Stranger and the story somehow rather similar to the 4th part of 4bia. Maybe the strongest grossing point that this movie has is Mario Maurer from which its gain lot of viewers. Hehe :)

Alvin May 11 2013 8:40 pm Love this movie, funny, thriller, romantic came as 1 story that develop each other, highly recommended to watch this movie^^