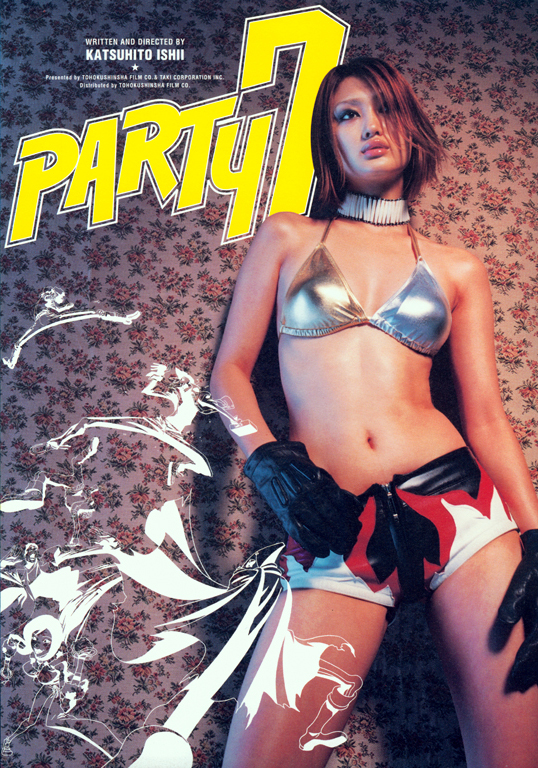 Party 7 takes place in a grotty hotel in a secluded part of Japan. A gangster (Masatoshi Nagase) is taking refuge there with a suitcase full of money, presumably from other gangsters he’s ripped off. The place is staffed by weirdoes: the porter who takes his suitcase refuses to let it go until he gets an apology for his atrocious hairpiece (“You called me baldy!” he cries), and the desk clerk has this monomania about feces dropping spontaneously from the sky (“If it was thrown, it would have descended in an arc; this shit fell straight down!”)

The hotel has a secret room built by the owner, and the owner’s son (Tadanobu Asano, dressed like a prep school kid with his bangs plastered down over his eyes) manages to crawl into it after a good deal of work. The boy’s been busted repeatedly for peeping, but he can’t help himself, and so has gone crawling through the hotel’s air ducts in search of a good time. What he finds is the lair of the self-appointed superhero, “Captain Banana” (Yoshio Harada), who has been using the secret room to peep, and shows the boy the finer points of the art.