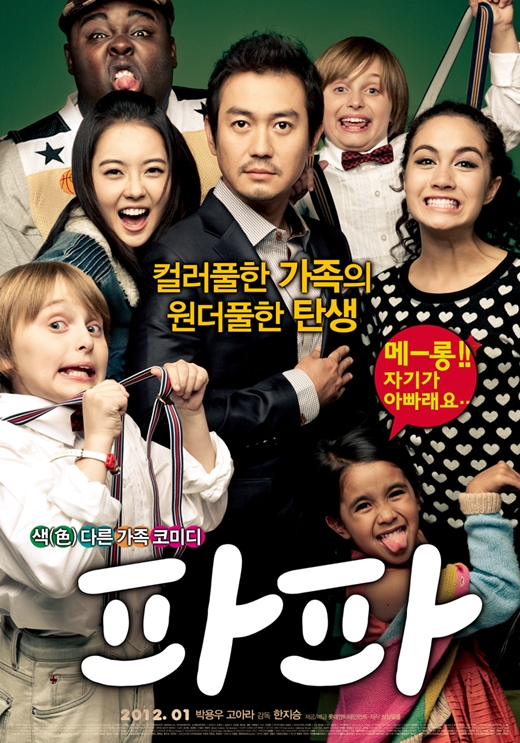 Choon-Sub is a talent manager. When his client run aways with another manager to America, Choon-Sub goes to America himself. In America, Choon-Sub agrees to a contract marriage and through the staged marriage now has six children. Choon-Sub then discovers that the eldest daughter Joon is an excellant singer. With Choon-Sub's encouragement, Joon takes part in an audition program and Choon-Sub attempts to mold Joon into a star ... HappySoul May 19 2019 11:20 pm Go Ara is no doubt a multi-talented abd well rounded actress. She is entertaining and amazing. Beauty with talent. Such an underrated kdrama actress!

Jac Jul 16 2018 10:20 am I just finished watching this and ended crying a lot..Go Ara is so talented..she can sing&dance and act..surprisingly she is fluent in English which some korean actress are not..blood related or not..family is a family..even a family can be a stranger and stranger can be a family.

June Tazeen Oct 20 2012 12:49 am Color doesn't make family. I've really become an fanatic fan of Go Ara. I've watched it first at our Nation Museum in a film festival organized by Korean Embassy of Bangladesh. This film has been displayed 4 times & we, the Bangladeshi start loving the Korean movies. :)

Agustina Aug 24 2012 9:59 am This film absulotely recomended for all you guys, teaching us how to love, included in forgive, care, support, believe and remember all the peoples who ever comes to your live. Family, I really found the meaning of a family in this movie. love it !!! so much :)

bella Jul 11 2012 12:38 am i just finished watching this movie. it was really good. like it was really good. except for the fact that the english translations for the script are a little off, this really touched my heart. and rosie- she stole the show. especially the end. omg rosie doe

hanana May 25 2012 12:36 am wth this took me by surprise for sure. i really really want to watch this now. hahaha wow it seems koreans are always trying something new within the entertainment industry. cant wait to see this

Greg Oct 13 2011 8:37 am I have worked on this movie and it looks really good. I was surprised at how talented Park Yong Woo and Go Ah Ra are... Im hoping it will be released in the states...