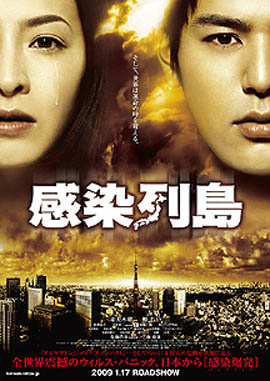 Tsuyoshi Matsuoka, a doctor at a Tokyo hospital, misdiagnoses a patient's disease as a common cold. But after the patient's sudden death, he realizes that it's very serious disease, which can make a population extinct, so he struggles to find out the cause of the disease with doctor Eiko Kobayashi.