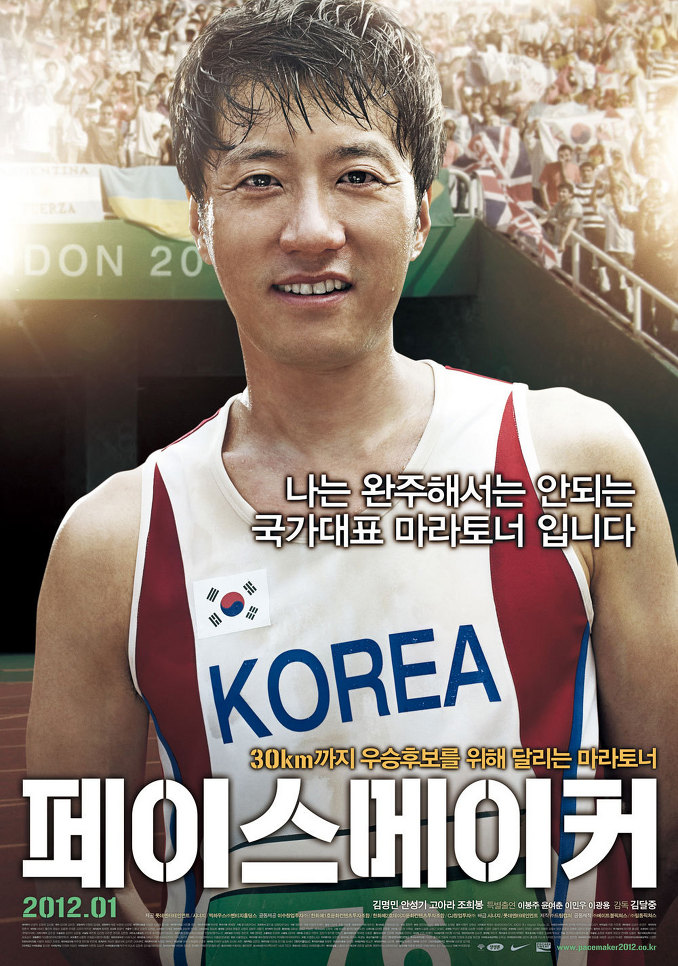 Once a promising marathon runner, Joo Man-Ho (Kim Myung-Min) was forced to give up his dreams because of a critical leg injury and to support his younger brother. Still unable to leave the track & field for good, Joo Man-Ho then became a pacemaker - a runner who leads his team during the first section of a marathon event before dropping out. He makes ends meet by delivering chicken for a friend's fried chicken restaurant.

Park Sung-Il (Ahn Sung-Ki), his old coach from his marathon running days, pays Man-Ho a visit. Park Sung-Il wants Man-Ho to become the pacemaker for the Korean national team as it prepares for the upcoming 2012 Olympics. Man-Ho is even offered the chance to run in the Olympics as the pacemaker for the Korean team. Park Sung-Il accepts, but faces recurrence of his leg injury, which could prevent him from ever running again and must also contain his original dream of becoming a champion marathon runner. raadjad Jun 23 2015 4:57 am I have been cast in this movie , i am the policeman in London, many bad things happen concerning payment

seoulpurpose Nov 01 2013 2:23 am I hope this movie has a powerful message for country with such a long but sometimes overlooked tradition of marathoning - 2 Olympic medals in the 1990s (1 silver and 1 gold), going all the way back to a gold (and a bronze) in 1936 (a source of immense pride and patriotic feelings for Koreans, especially because both runners were forced to wear Japanese colours and run with Japanese names.) In between, Korea has had more better overall Olympic results than many European countries, the US and Japan. But when you ask Koreans about their country's proudest Olympic moment, the majority point to the 2008 baseball gold.

Korea has such a long tradition of running, ironically starting from the days of Japanese rule (running has always been a key sport in Japanese schools, and to this day, the Japanese school system has churned out hundreds of elite marathoners.) But unfortunately this tradition has been largely lost.

As a movie, this isn't an original story, even as it tries to find a unique way of presenting the very typical Korean mantra of the struggle of the underdog - a very important part of the Korean mindset, reinforced by a fervent, almost blindly fanatical flag waving nationalism - witness the spectacle of the soccerfans at the World Cup, or every time Ryu Hyun Jin pitches (at times this manifests itself in ignorance and racism - like an ad by a major Korean bank showing popular comedians in blackface and grass skirts before a 2010 WC match against Nigeria.) An earlier movie (Marathon, 2005) is a more powerful story. But overall this movie, like most Korean movies that try to tell the human story, lacks the storytelling and emotional elements of Japanese movies.

This is Korea!! If you haven't witnessed illegal labor practices, you haven't had your eyes open. Everyone (including Koreans) are overworked and underpaid.

Marathoner Jul 01 2011 3:58 pm Who ever wrote comment number two is a big liar! I'm a foreign college student and I was there. I've been at the shooting twice, both times posing as a marathoner. Sure what the producers are doing is illegal BUT the pay is actually good. And they take great care of us. Not once did we run 20km in one day, we ran only short distances, each cut was only like 10-20 seconds. Those guys did not get fired, they just decided to leave early because they tried asking for a raise but the producers wouldn't give it to them. I just came back from the second shooting and I saw the "rogue agents". They were there at the shooting again! They came back willingly. Stop exaggerating shit man! If you don't like the way things are going don't come to the shootings, there are a lot of foreigners in Korea.

Anonymous Jun 01 2011 7:37 am It is such a shame that this producers heavily rely on cheap illegal labor by employing part of the cast under the table owing to the fact that they do not have work permits to work in this country. By so doing this producers are denying Government of Korea taxes. I recently took part in a shoot of a local movie of in Yangsan where we were forced to work for up to 16 hours straight and we could complain due to the fact that we are foreign students and without a contract with the producers. A small part of students who tried to raise these concerns were fired and forced to leave without to pay and I hear that they had to walk for over five kilometers from the remote filming area to access the nearest train station from which they were helped to find their way back to their Universities having sustained severe sunburn and foot soar. It’s so bad to note that Korea film and drama industry is thriving on what borders on slavery. It’s so painful to have been in those students position!! After posing as marathoners the previous day which means that they must have ran over 20 kilometers in the sun, the rogue agents employed by the producers showed them no mercy by denying them pay and making them walk over 5 kilometers after threatening to have them arrested for being in a restricted filming site. This movie is set to be released in either September or October 2011 and I am made to understand that had a budget of USD 3.5 Million