Over My Dead Body 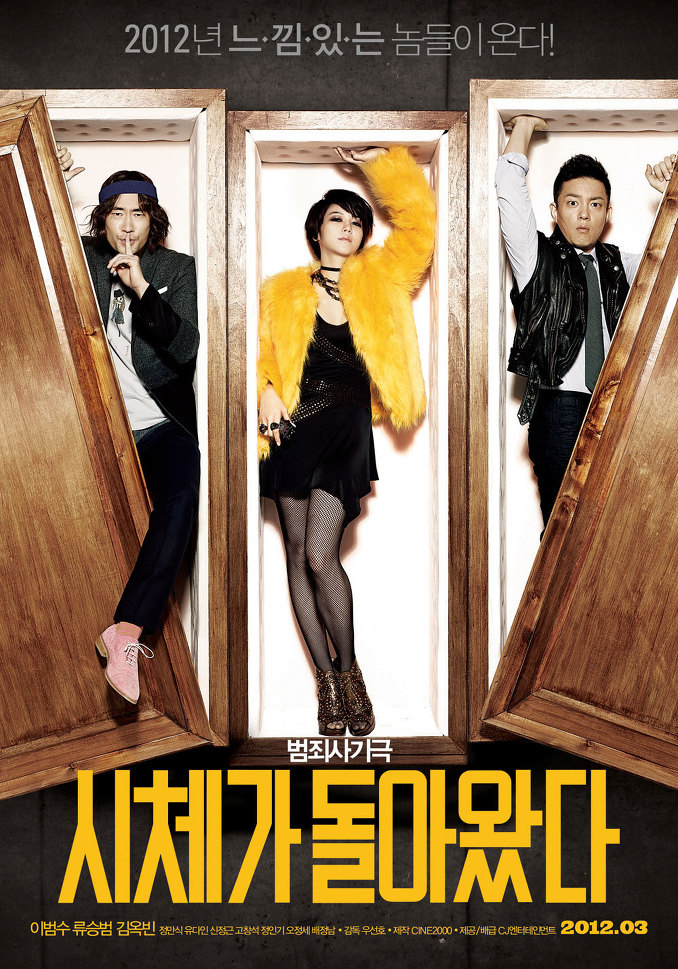 Science researcher Hyun-Chul (Lee Beom-Soo) demonstrates with co-workers against the company president, who stole an important semiconductor chip and is attempting to flee to the United States. Meanwhile, the company president makes his escape from the protesters in an ambulance. During his escape, the executive cuts a wound in his arm and implants the chip there.

While, Hyun-Chul and co-worker Han Jin-Soo (Jung In-Gi) head for home, Han Jin-Soo is hit by a speeding car. Hyun-Chul thinks it isn't an accident. He contacts Han Jin-Soo's daughter Dong-Hwa (Kim Ok-Vin) and they meet at the police station. After visting her father at the hospital, Dong-Hwa becomes worried about how to pay for her father's hospital bills. On a TV at the hospital, they learn that the company president died from a heart attack. Hyun-Chul and Dong-Hwa then come up with the idea to steal the body of the company president for ransom.

Their plan goes somewhat according to plan, but Hyung-Chul and Dong-Hwa soon realize that they didn't steal a corpse, but an actual live person (Ryoo Seung-Bum)!