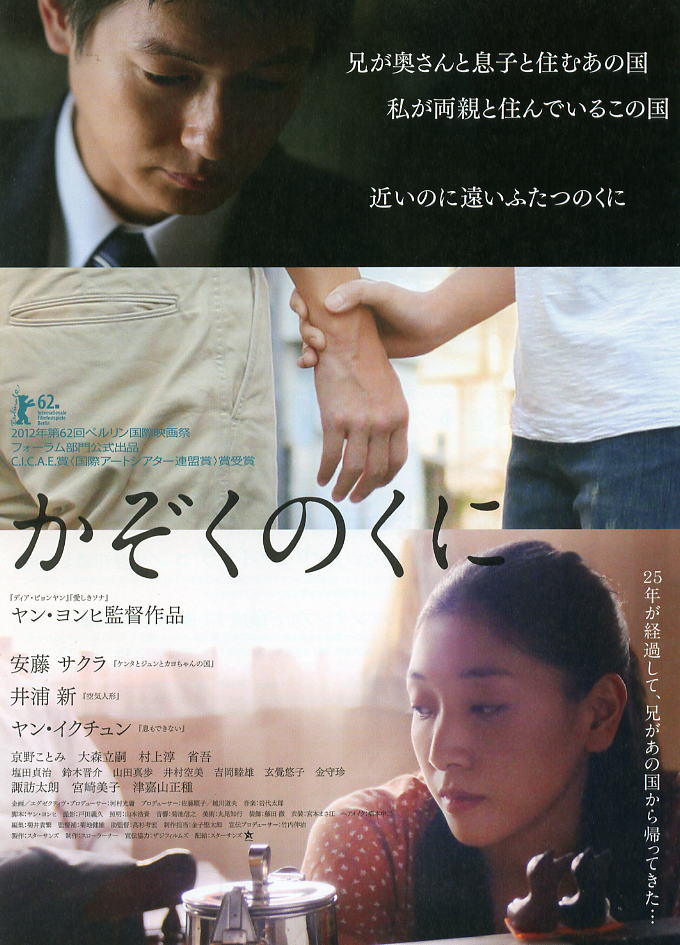 Sung-Ho (Arata Iura) arrives in Japan, but his stay is only temporary. 25 years earlier, as a 16-year-old boy, he left Japan for North Korea with only a one way ticket. His father is an ethnic Korean living in Japan and sympathetic to the North Korea cause. Believing in the North Korean government's promises, Sung-Ho's father sent Sung-Ho to live in North Korea.

Now, Sung-Ho is back in Japan. His stay is for only 3 months and he has arrived with other Japanese-North Koreans who have serious medical conditions. Sung-Ho is to receive medical treatment in Japan and he can also see his family during his stay. All the while, Sung-Ho is watched over constantly by North Korean compatriot Mr. Yang (Yang Ik-June). Sung-Ho knows any behavior that maybe construed as unsympathetic to his adopted country of North Korea could affect his wife and son back in North Korea. Meanwhile, his sister Rie (Sakura Ando) and mother (Yoshiko Miyazaki) bask in the return of normalcy of their family unit, even if its just temporary.