Once Upon a Time

(Redirected from Once Upon A Time) 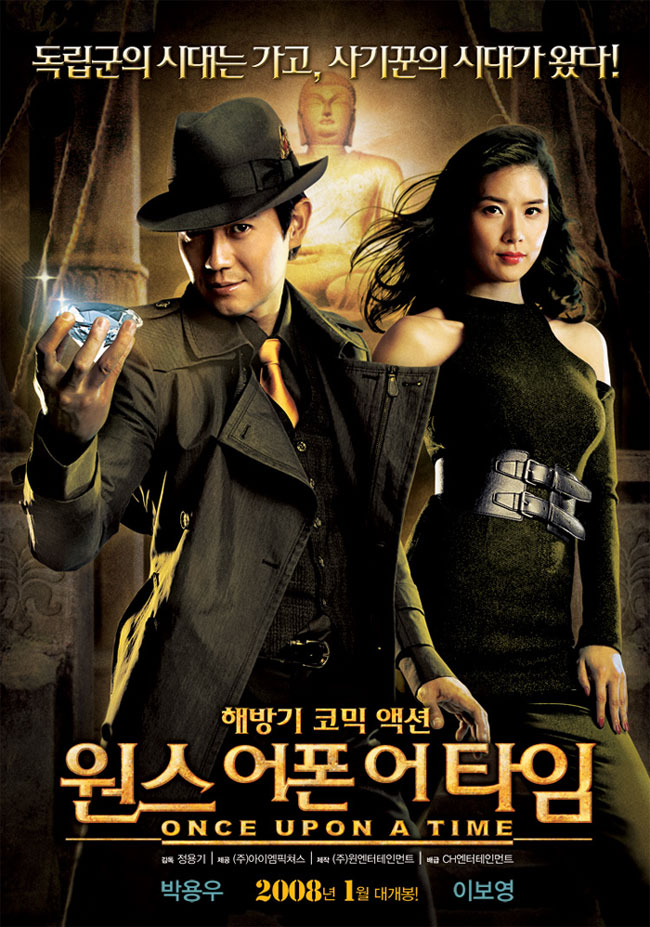 Set in 1940's Seoul, South Korea, when Korea is under the occupation of Japan. A debonair Korean thief using the name of Kanemura (Park Yong-Woo) goes around Seoul at night, stealing expensive jewels from the Japanese occupiers. When Kanemura isn't chasing expensive jewels, he's usually at a bar wooing sexy jazz singer Haruko (Lee Bo-Young). What Kanemura doesn't know is that Haruko also works under an alias. She's also "Daehangwha," a legendary thief.

In the next few days, an ultra rare 3,000 carat diamond known as the "Light of the East" is about to be exported from Korea to Japan. Prior to the diamond being shipped off to Japan, the local Japanese commander will hold a special party in honor of the priceless jewel. Kanemura prepares for his biggest heist yet, while Haruko also has her sights set on the diamond. jenny Oct 13 2011 7:44 am Cute and funny...i thought it wasn't going to be good but it made me laugh out loud haha. park yong woo is amazing as always =) fluffy, fun and entertaining, worth watching definitely.