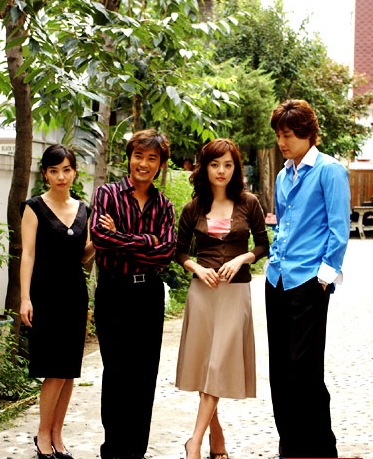 Oh Pil-seung (28, male) is a lazy bum. He hates taking responsibility and is not suitable for having a regular life style. He is not a hard worker and has no plan for his life. Then one day, when he woke up, he found himself as an heir apparent of a top-notch logistics company. As for English, he can speak hello, thank you, how are you and oops only. The books he read in-depth are the comic book entitled ’fearful baseball team’. The six months of working at a pier for a cargo unloading company is all about his career. He doesn’t use his head except for knocking other’s heads in fights. Surrounded by top-class elites, he is forced to lead them as their boss. Bong Sun-young (26, female) is the manager of a large discount store. She can die for her love. She cannot hide her feelings. Whether she likes or dislikes it or whether she feels embarrassed is all there on her face. Whenever reading boy-meets-girl comic books or watching similar films, she tries to change her into a feeble, classic, and pretty female character she saw in books or films, but to no avail. Nevertheless, she waits for her love of destiny and wants to fall in love with a prince on a white horse back. So far, she has dated with 19 men but all of them have dumped her. Now she is about to start her 20th one-side love toward Jae-ung. Then a guy stands on the way disturbing her love and he is such a headache. He is Oh Pil-seung, who is least educated, makes little money, and has no house.