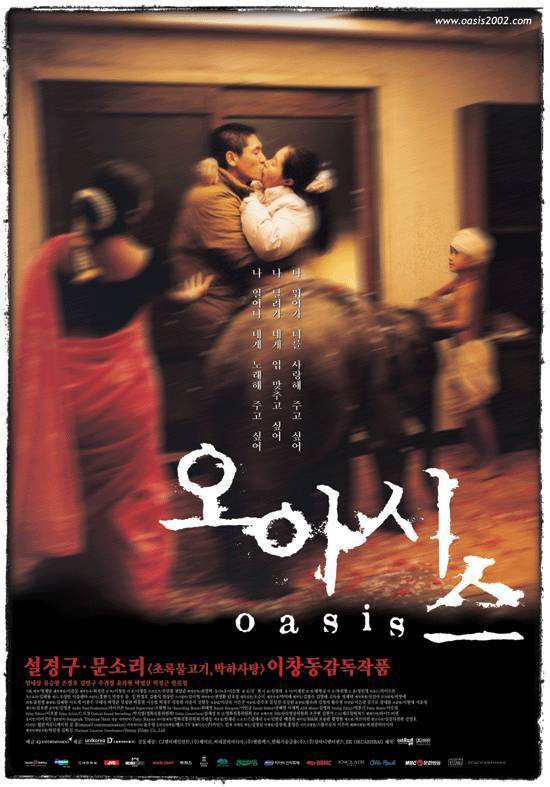 After Jong-Du (Sol Kyung-Gu) serves 3 three years in prison for a hit-and-run accident he returns home, but finds that his family has moved without telling him. Jong-Du is a social misfit and also mildly retarded. He finds himself in trouble again after being unable to pay for a restaurant bill. At the police station his brother (Ryoo Seung-Wan) picks him up and his family eventually takes him back in, but reluctantly.

One day, Jong-Du decides to visit the victim's family from the hit-and-run accident. The son (Son Byung-Ho) is moving out of the house and leaving behind his sister Gong-Ju (Moon So-Ri), who has cerebral palsy. The neighbors are to watch over her while the son collects her disability checks. The family kicks Jong-Du out of their home, but Jong-Du already has taken an interest in Gong-Ju. Real Drama Please Jun 26 2019 2:23 pm This movie challenges our mental framework of what constitutes love, and it is also an indictment of the South Korean society's inability to look beyond its conventional mindset of a relationship. Watching this movie is painful and when you're done, you will be left with almost unbearable frustration. But it is also extraordinarily beautiful and paradoxically also cruel. Moon So-Ri's portrayal of Gong-Ju is, by far, the most incredible acting tour-de-force ever; it one-ups Daniel Day-Lewis in My Left Foot.

lrt Dec 21 2017 4:05 pm This movie kept my attention from beginning to end and while the subject matter could be unsettling, it deserved all the accolades thrown it's way. Hands down one of the best films.