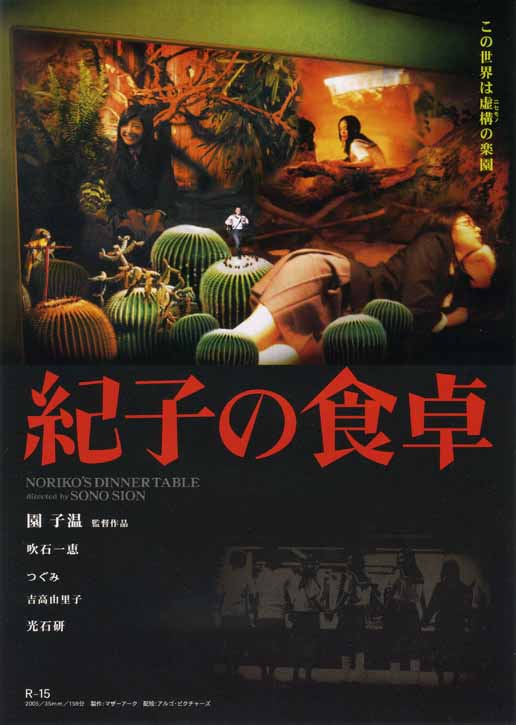 17-year-old Noriko (Kazue Fukiishi) lives in a small town. She wants to attend a university in Tokyo, but her overbearing father opposes. Her conservative father believes that if she goes to Tokyo she might meet a guy and become pregnant. Noriko becomes sick and tired of her father and decides to run away.

In Tokyo, Noriko meets Kumiko (Tsugumi), who Noriko knows only through an online website. Noriko decides to live as her online ID Mitsuko and joins Kumiko's roleplaying "family rental" business - a business that rents out people to act as part of family members. A few months later, Noriko's younger sister Yuko (Yuriko Yoshitaka) also runs away to Tokyo and the "Suicide Club" becomes exposed ...