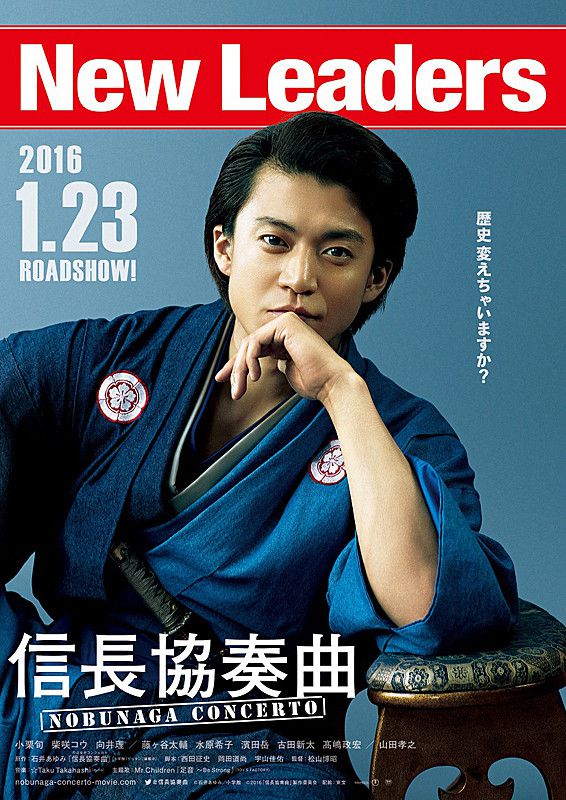 Saburo (Shun Oguri) is a high school student good in sports, but not very good with his studies. One day, Saburo travels back in time and arrives in the Sengoku period of 1549. There, Saburo meets Nobunaga Oda who looks and sounds just like Saburo. Nobunaga Oda is the son of a warlord and magistrate of the lower Owari Province. Nobunaga Oda though is physically weak and he asks Saburo to take his place. Then, Saburo as Nobunaga Oda attempts to unify the country of Japan. Elisa Wald Oct 21 2016 1:58 am Arghhhhh this movie is beautiful. That's all. Beautiful. Perfect. It's gonna be on my top 3 fav movies I think... Everything is here: action, sad things, comedy, and just beautiful views of sunset and nature. What more? Oh, yes, a TRUE romance! And history. Actually, I don't really like historic movies/series, but thanks to this one I guess I will start to like them. Shun oguri is amazing, actually the whole cast is amazing. But shun, as usual, is the central part of the movie, it wouldn't have been the same with another actor. Aaa ah, perfect movie....

Iminozmy Sep 09 2016 10:05 am They did it great. History, action, comedy. And as always, Oguri has shown the emotions beautifully. One time you laugh, next you could cry. I love the 2014 J-dorama, and now I love the movie too. Very recommended.

love this so much Aug 20 2016 9:24 pm Yes this jdorama IS SO WORTH watching. I bawled while watching this. Definetely one of the best in 2014 (for the series) & 2016 (for the movie). I love Saburo & Kicho relationship. T_T I'll watch again this series in the future. It is a must watch again list.

dororochan Aug 10 2016 11:46 pm rewatched the whole drama only for this, that ending though... T.T, i really cried... Despite the historical element in this movie, which is the main element, i kinda enjoyed more Kichou and Saburo's banter, their chemistry is really good, the romance is earned. And that ending... i kinda expected it though, but still.... T.T

Ju Feb 13 2016 11:18 am It's been more than 2 weeks since the movie came out... Does anyone know when it will be available to the rest of the world? Someone tell me how it ends at least T_T I'm literally dying.

NC Fan Dec 10 2015 11:51 pm Argh I know in canon, Nobunaga had sad ending. But pleaseee just for this movie I want Saburo to have happy ending with Kicho! I will cry buckets if this movie will have sad ending! TAT