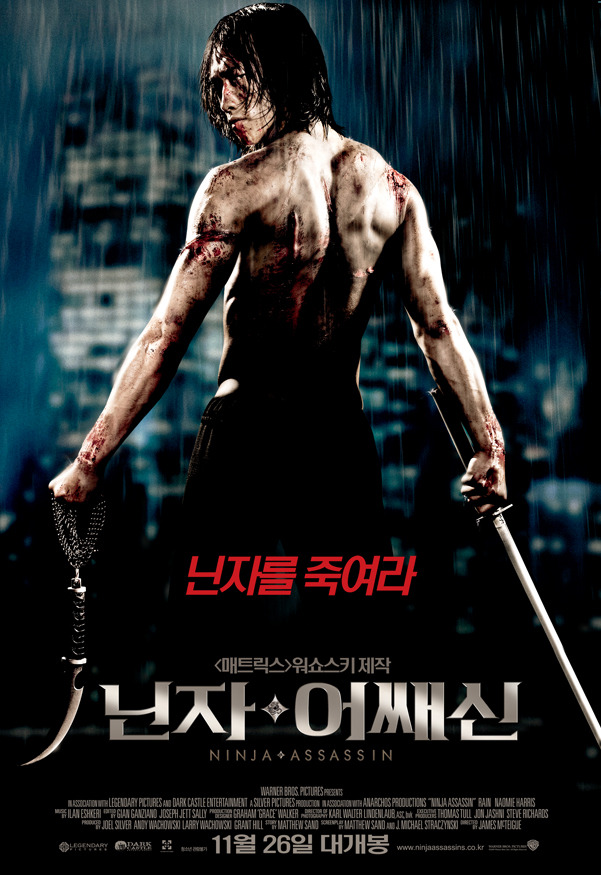 Raizo is one of the deadliest assassins in the world. Taken from the streets as a child, he was transformed into a trained killer by the Ozunu Clan, a secret society whose very existence is considered a myth. But haunted by the merciless execution of his friend by the Clan, Raizo breaks free from them ... and vanishes.

Now he waits, preparing to exact his revenge. In Berlin, Europol agent Mika Caretti has stumbled upon a money trail linking several political murders to an underground network of untraceable assassins from the Far East. Defying the orders of her superior, Ryan Maslaw, Mika digs into top secret agency files to learn the truth behind the murders. Her investigation makes her a target, and the Ozunu Clan sends a team of killers, led by the lethal Takeshi, to silence her forever. Raizo saves Mika from her attackers, but he knows that the Clan will not rest until they are both eliminated.

Now entangled in a deadly game of cat and mouse through the streets of Europe, Raizo and Mika must trust one another if they hope to survive ... and finally bring down the elusive Ozunu Clan.

Jeffrey sods Apr 21 2017 6:06 am I absolutely loved this movie one of purest and best scripted stories of the clan I fell the rad aghul.was always just way of using the black sand clan and there allies only when hunting were very very intriguing I believe the story was as close to spot on was few parts that in a way would love to see in follow ups rain just absolutely brilliant martial artist I only hate his love and him were not together he needed the time and correct place to effectively get out of there crosshairs I am looking for this movie I've went to every Wal-Mart and target and I'm always disappointed . I will get it must show my fiance she is my soul matte and I know she will get the true depth and beauty plus the kick a style of ninja assassins and the man who stood against the deadliest mortals alive. Got to see rain in more films been hoping for a resume of the bulletproof monk he is one of few I see to have skill. Or see him and the guy in lost on his name but has the movie coming out were goes against bratva because he kills fighter in ring and the guy takes wife as slave maybe see him play role as deal sux and see rain as the other top fighter in bloodsport.