Nagasaki: Memories of My Son 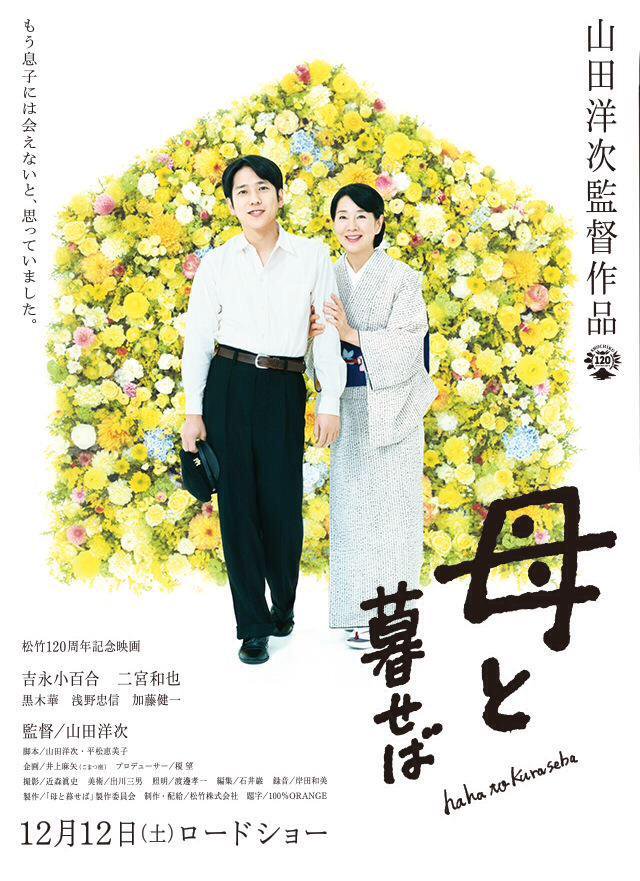 Max Dec 24 2019 11:13 pm I like Yamada Yoji Director's movies... His movies are great, including 'Always: Sunset on the Third Street' and many others.

Cecaniah May 25 2016 10:40 am Why is it so hard to find this movies? I wish I could watch this since Nino and Haru Kuroki are here

Bob Thomas May 07 2016 11:11 am Thank you to United Airlines for providing this outstanding film as part of its current (May, 2016) offerings on long distance flights.

Yamada has crafted a bittersweet gem that reflects on the accidental strike on Nagasaki with the second American nuclear weapon in August, 1945 (the original target city was fogged in and instructions were to be able to drop the bomb by visually targeting).

Sensitive, nuanced portrayals of those who survived but were troubled and found it hard to move on with their lives.

"How could a nation make such wonderful lavender soap and yet drop a nuclear bomb?"

Adrian Glamorgan May 03 2016 3:40 am A marvellous film, tenderly sharing the grief and stupidity of the waste of war, with some of the conundrums facing the people of Japan after 1945.

The conversations at the heart of the film are sensitively rendered, often with humour. While the genre does not directly challenge the fascist Japanese Imperial Army and its government, the film eloquently illustrates the waste, futility and grief of the war and its aftermath. We must move on, but with the memory of the mistakes of the past. Not just a wonderful film: a memorable experience.

Lachel Wrong May 02 2016 1:18 am Watched this on the flight from Hong Kong to Singapore. A slow but beautifully thoughtful movie on love, loneliness and the struggle of moving on.

Riza Sono Apr 30 2016 9:59 pm I watched it too in my flight from JAL way home to my residence country in Japan.i love the movie it's a deep meaning of true love.though I didn't finish it because of the first movie I watch I sleep.

Peter V Mar 29 2016 2:45 am I watched this movie on my flight from Singapore to Houston and really loved it. I agree with Quinto ( Dec 10,2015) that this movie should be released worldwide. Yoji Yamada showed that a great movie doesn't need a lot of action and multiple locations.

Frank Mar 18 2016 10:04 am I saw this movie from my flight back from Japan to Germany. It touched me very much. I hope it will be shown in Europe one day