My too Perfect Sons 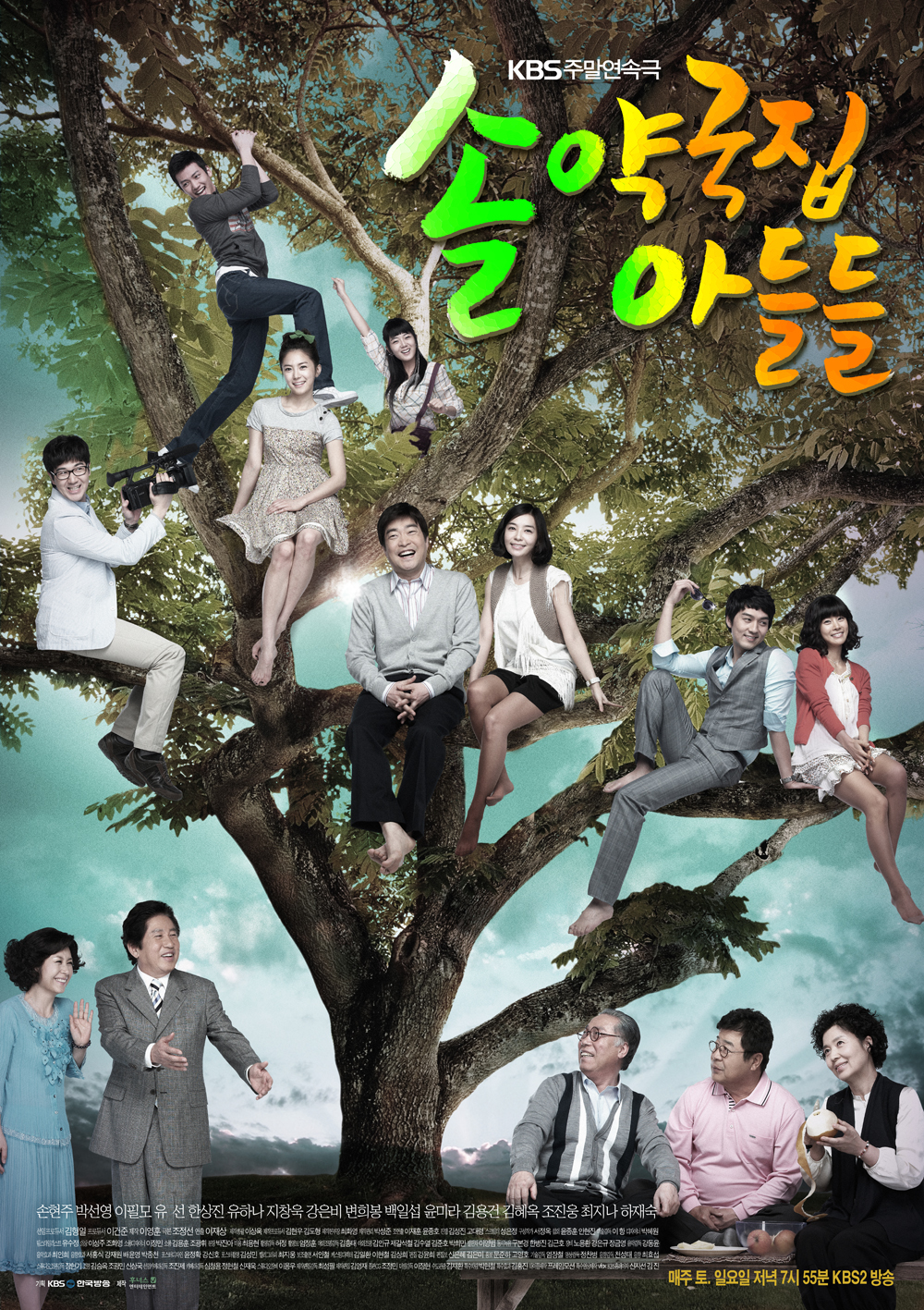 "My too Perfect Sons" is a story of a family with 4 sons and the families that are connected to the sons.

The eldest son is Jin-Poong (Son Hyun-Joo ) who is a pharmacist at "Sol Pharmacy". He is about 40 years old. His mother wants him to marry a teacher, but he dates Soo-Jin ([[Park Seon-Young]) who is a lawyer. Soo-Jin needs to marry soon, but can't marry right away. After her sister-in-law passed away, Soo-Jin takes care of her two nephews and her brother. Jin-Poong and Soo-Jin breaks up, but they get back together. Jin-Poong's mother is against their marriage because of her situation, but Jin-Poong kneels down in front of his mom's room for 3 days. Finally, Jin-Poong's mom relents and lets them get married.

The second son is Dae-Poong (Lee Pil-Mo) who is a doctor. He runs a small clinic on the second floor of the Sol Pharmacy. There is Bok-Sil (Yoo-Sun) who is a nurse. Dae-Poong often jokes around with her and Bok-Sil sometimes helps Dae-Poong with the family chores. Bok-Sil has a secret. Her real name is Jennifer and is a doctor. She hates her father, because after her father's real wife died, he never visited her mother. After Jennifer's mom's death, she gave up everything and lived as nurse Bok-Sil. She likes Dae-Poong, but he doesn't take her seriously. Because of this, Bok-Sil becomes hurt and leaves him. After she leaves, Dae-Poong misses her and realizes his true feelings for her. Now, Dae-Poong attempts to win back Bok-Sil's heart.

The third son is Sun-Poong (Han Sang-Jin) who is reporter at a broadcasting company. Through some ups and downs in his relationship, Sun-Poong marries actress Eun-Ji (Yu Ha-Na) and lives with his wife's parents. Sun-Poong's father and father-in-law have known each other for a long time and are friends. From an early point in their marriage, they have had conflicts.

The last son is Mi-Poong ( Ji Chang-Wook) who is studying for college. He brings his friend's baby and, shortly later, the baby's mother to their house. The mom and baby have no place to live and the baby's father is serving in the military.

dkorea Apr 24 2020 9:55 am I am only on episode 20, but I can't stand that Daepung and his mother. Most of his part makes me wanna puke. The mother is a monster from hell. Always yelling and beating her sons, which are all over 30, except for the youngest. Is this the typical Korean family?

ch jnr Feb 16 2015 8:07 am im here bcoz of ji chang wook....after watching empress ki and healer a big fan of him, i like lee pil mo in pinnocchio and emergency couple and hang sang saw him in villain roles only birth of a beauty and hyde jekyll and me

kathy Nov 13 2014 5:53 am I just found out about this drama and pleased to know that some of my favourites are here especially Ji Chang Wook & Lee Pil Mo. I was so impressed by JCW's acting and also good looks in Empress Ki. Definitely going to watch.

le Aug 08 2013 11:03 am this drama is one of my favorites. if you like it, i suggest you watch the writer's 2 other dramas Golden Era of Daughter-in-law and I Believe In Love, both also star Lee Pil Mo. for those that have KBS World, they sometimes air the re-runs.

Patricia Ann Kuhn May 10 2013 10:50 pm I'm an African-American female. I just recently became aware of this program. It comes on New Tang Dynasty Television (channel 32) SanFrancisco/Oakland, California 23:00 - 24:00. I LOVE this program. I would NOT miss it. I enjoy all the families especially Jennifer/Dae-Poong. Jennifer knows she's in love with the Dr., she needs to just to stop faking the funk and go for it. I also enjoy the comedy provided by Dae-Poon's father and Jennifer's father (the president) They both want Dae-Poong and Jennifer to get together. And I think that second sons mother- in-law is falling for him. She seems to have more in common with him than his ditzy actress wife. I hope there are more than just 54 episodes.

Andy K Sep 10 2009 4:36 am Not a question, and prob was all ready answered but wanted to post to Kwon Sangsa that Mipungs real name is Song-Mi-poong (played by JI-Chang-wook) Not sure if you wanted the actor's name or the full character name.... I got this info at (hope it is ok to post links on here... but want to give credit where credit is due and I just happened to b on that page when I was askin on this page my question and saw that question)... "http://www.hancinema.net/korean_Ji_Chang-wook.php"

Andy K Sep 10 2009 4:31 am On the camping trip, what was the song that Jin-Poong sings Lee Soo-jin on the fishing trip (when Bak-Sil and Dae-Poong went for the gas cylinders? The one that Soo-jin says was the girls favorite...(she asks Jin-poong if he liked her and he said she was pretty, smart and sad... that she was his neighbor since he was 17. I just started watchin the show on woch chicago in america around when Eunji and Seong Poong started datin (an episode or 2 b4 Seong-poong is sayin he is sorry and won't go till Eun-ji forgives him and she elbows him in the back and then asks if he is ok, and he hugs her....) Wish there was some way sides guessin the actual time it is on where I am at... ( I am gettin close to guessin the time but they don't have the channel in any of the tv guides in my local newspapers (don't even mention the channel). I just am lucky they are still broadcastin on rabbit air (i know they are on dish some places... but cable here doesn't carry the channel (not that I have cable, but like at parents house).