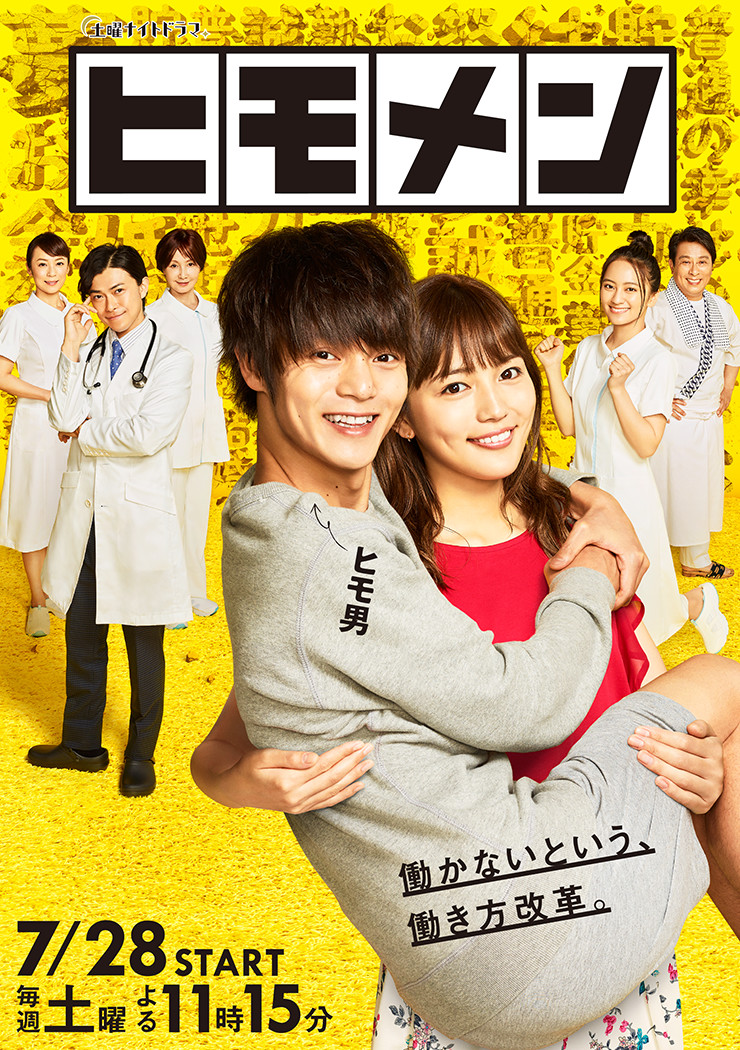 28-year-old Sho Himonya (Masataka Kubota) is passionate about two things in his life: one is to love his girlfriend Yuriko Kasuga (Haruna Kawaguchi) and the other thing is to not work. One day, he gets kicked out of his parents' home. He moves in with his girlfriend Yuriko. Yuriko Kasuga is 26-years-old and works as a nurse. She works hard and struggles to change Sho Himonya.

Şüşi Aug 24 2019 11:25 am Both of them are my favorite ones.I finished but I am sad because of Dr. Ikeme ? He is so good at acting and he was so funny and cute in this drama.Please new drama in main role :D By the way i recommend to everyone :)

Hotelier Jul 17 2019 11:09 pm Never know that Kubota san can be so funny. I think he portrays his character really well. Other actors are doing good job as well, including Ikeme sensei. Ha3, after watching this drama, I want to read the manga as well.

Kentangajaib Dec 06 2018 7:33 am You know what? I've stopped watching after 2 episodes. The reason? It's because this drama is sooo good, i don't want it to end soon. I haven't laugh this much over a dorama lately. It's been awhile that i've found a gem like this.

Huh Aug 23 2018 4:26 am Lol. This dorama is by far the funniest j-drama that I've seen this year. Thumbs up to Kubota-san for his excellent portrayal of his character here. Of course Kawaguchi-san like what I've said on my previous comments here, seems like she's getting gorgeous every time i'm seeing her on her new drama. And she's getting sexier and hotter too! Totally recommended to everyone!