My 19 Year Old Sister in Law 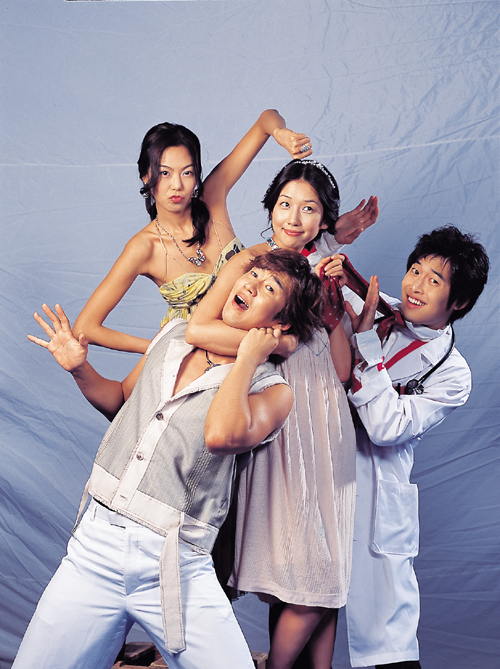 A romantic comedy about two future 19-year old sisters-in-law! A thrilling story of youngsters trying to realize their small yet significant dreams! Because Kang-pyo needs a monthly treatment for his heart disease, they go to a hospital in Seoul every month. The thought of going to a hospital is very exciting for Yu-min since she sees her prince charming, Min-jae, who is a resident doctor at the hospital. Yu-min has had her eye on him for almost a year. Almost like a cute stalker, Yu-min stays close to Min-jae. Finally, she decides to pretend to be a student at the university that Min-jae attends. Although she feels guilty about lying, Yu-min now has more chance to see Min-jae outside of the hospital. Min-jae？s mother forces him to get engaged to a daughter of the CEO of a car manufacturing company, so that her business can benefit from it. To free himself from his mother's constant requests, Min-jae offers Yu-min a part-time job as pretending to be his fiance until the girl he loves returns to him. However, Min-jae finds out that Yu-min is still in high school, and most surprisingly, in the same grade as his younger brother, Seung-jae？

Toni Mar 28 2014 11:10 am Was checking on actress Jung Da Bin's profile and was shocked to see she committed suicide back in February 2007; she was only one month away from turning 27. Such a tragedy at such a young age; a time that should be happy with a full life ahead of her. Liked her vitality and quirkiness in this drama; she's cute and funny; you can't help rooting for her character. I also found myself fast forwarding through the scenes of the wicked mother and daughter duo; cannot stand their treachery; robbing her mother of her life and money out of envy; coveting the lives of others, etc.

Guest Sep 24 2013 10:34 pm Loved Yoon KyeSang and Jung Dabing (sooo sad she is gone...), soooo natural and great acting. SCARED of Kim MinHie and Lee HyeSuk, the actresses who played evil mother and daughter... Just looking at their faces, gave me the creeps, just skipped all their scenes...