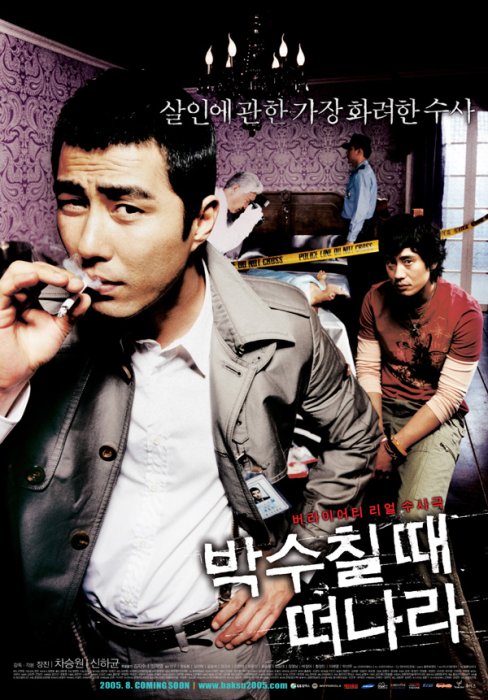 In a posh hotel room, the body of a beautiful woman, a high-ranking employee of an advertising firm, is found in a pool of blood. The police quickly nab the most obvious suspect near the scene, a young man clutching a canister of gasoline. What initially seems like an open-and-shut case for hard-as-nails prosecutor Choi Yeon-Gi (Cha Seung-Won) and his team quickly unravels – not only does the suspect, Kim Young-Hoon (Shin Ha-Kyun), refuse to confess and moreover pass a lie-detector test, other suspects with very strong motives for the crime start to surface. And then there’s the highly unorthodox new television program that attaches itself to the investigation, broadcasting every development in real time across Korea, putting even greater pressure on Choi and his crew of quirky colleagues. As the hours slip by, the autopsy reveals startling new evidence, witnesses provide complicating testimony and lack of sleep takes its toll on the investigators as internal tensions begin to mount. Then matters take a turn for the weird when the TV producers bring in a spiritualist and her daughter to summon the victim’s ghost…