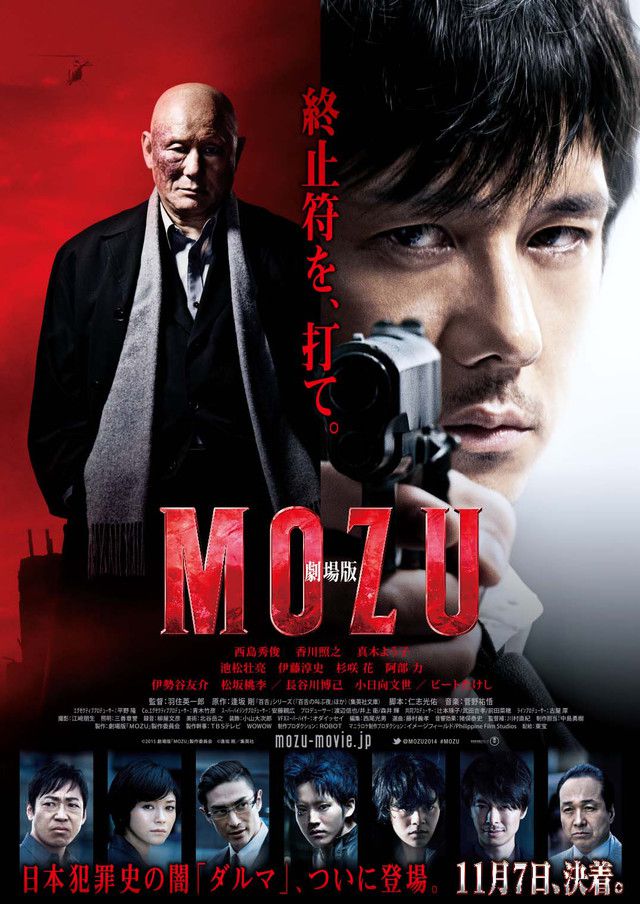 Set six months after Naotake (Hidetoshi Nishijima) learned the truth behind his wife's death. Naotake works for the Tokyo Metropolitan Police Department Public Security Bureau, but feels worn out. Ryota (Teruyuki Kagawa) quit the police force due to his distrust of the department and now runs a private detective office.

An occupation and explosion case takes place simultaneously with an embassy attack. The attacks are orchestrated by crime planner Takayanagi (Yusuke Iseya) and assassin Gondo (Tori Matsuzaka) under the name of mysterious figure Daruma (Takeshi Kitano). You need to do three things to enjoy this Drama: 1) Watch the first episode 2) Watch the last restaurant scene of the final episode of season 1 3) Imagine there's a show in between that's as good as those two things.

I had such high, high hopes for this drama. Why is it so often the case that JDramas try to over complicate a succinct, tight plot by adding some idiotic "grand" hidden subplot which essentially overshadows and negates the beauty and precision of the original plot?

The first episode of this Drama is astounding. The first thing thing that came to mind was that MOZU had the potential to be the caliber of a Japanese "True Detective" (Season 1, of course) equivalent. This was maintained until about half way through S1 when the writers just decide to defecate all over the plot and turn this into something else. It's almost as if the writers changed or there was some kind of network interference. I can almost see the conversation that happened mid-season...

Writer: So our actors are knocking their performances out of the park, we've got good ratings, and I've finished the rest of the plot, it's like True Detective meets Dark Knight, but in Japan.

Hanasaki Apr 24 2016 5:09 am @A: I hope you could read my comment, though your comment was from last year already. Your 3 favorite characters: Kazuo, Shingai and Ryota san are exactly my favorite characters during the 2 seasons :D. Love their actings so much. This is a very interesting drama, due to the fact that the cast is very balanced, you can fall in love in whichever side, the police or the villain. Yoko Maki in my opinion, is still boring as usual, but thanks to her good fighting scene and the director didn't too much focus on her character development, the drama wasn't ruined by the mc. I am also looking forward to the debut of Dharma, this man is the most unsolved curiosity in the drama.

A Jun 24 2015 7:58 am Can't wait for this movie. Hope this movie will not be dissappointing. Hope to see something good in Kuraki and Akeboshi character tho... these two were the protagonist but were the most boring character one in Mozu. Although both have a good actor.

and Beat Takeshi is Dharma (Daruma---remind me of DJ Daruma this name is, I prefer Dharma rather than Daruma spelling) eh XDDD;; Wonder if Matsuzaka Tori or Gondo will fight with Ikematsu Sosuke's Shingai Kazuhiko, that'll be great. Hope to see many scene appearance of Kazuo Higashi a.k.a Hasehiro-sama, coz his character, Osugi Ryota and Shingai Kazuhiko were the best character ever in Mozu.