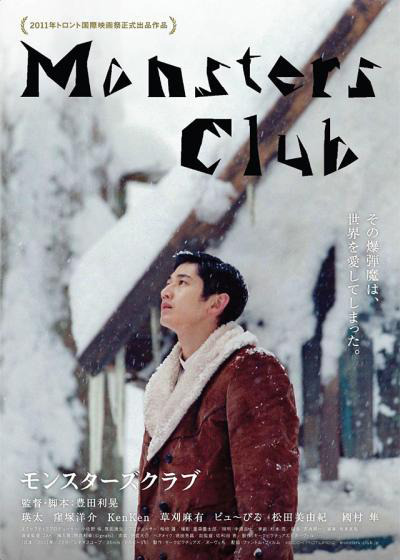 In a secluded snow covered mountainous area, Ryoichi Kakiuchi (Eita) lives alone, completely disconnected from the rest of the world, and makes cigar triggered bombs. He mails out the bombs to corporate executives. Ryoichi hopes to break the Japanese social system. He then decides to send his last bomb to the Prime Minister of Japan. On that night, his older brother (Yosuke Kubozuka), who is thought to have killed himself, appears in front of Ryoichi. From his brother's appearance, Ryoichi Kakiuchi learns of his family's secret and that which is related to his fate. Mitch808 Oct 28 2013 10:15 pm I cannot stomach how this made it to film festivals. Screen/Script is totally without a sense of Direction. I endured watching partially up to part 3. It's so horrible, Even children's fairy tales make more sense!