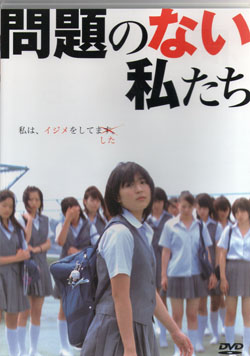 Mio Sasaoka (Mei Kurokawa) hears of a middle school student that was a victim of bullying and then committed suicide. Mio thinks the girl should have confronted her tormentors rather than committing suicide. Mio herself is the leader of a group of students at her school. She is a bully. Her main target is Maria Shiozaki (Minami) who is weak. Mio pushes her into the swimming pool and scribbles on her book, justifying her actions because Maria is disagreeable.

kaezelene Jun 14 2013 7:41 pm all the com-mentors only talk about Erika me i will talk about mei kurokawa let me show mei personality for me she is pretty too like erika sawajiri and i think mei kurokawa is great artist too :) if u watch mei kurokawa in hermovie haunted apartment u will actually u will like her :)

MrW Oct 17 2010 2:55 pm Im pretty sure fdf is blind, there's 2 Erika in here if he/she looked at the cast section. Yes, I support Erika Mori so he shouldn't change someone else opinion on their favourite actress. Btw, Erika Mori ftw.

fdf Sep 07 2010 5:22 pm her is name Erika Sawajiri not Erika Mori and i agree erika sawajiri is the only pretty girl.