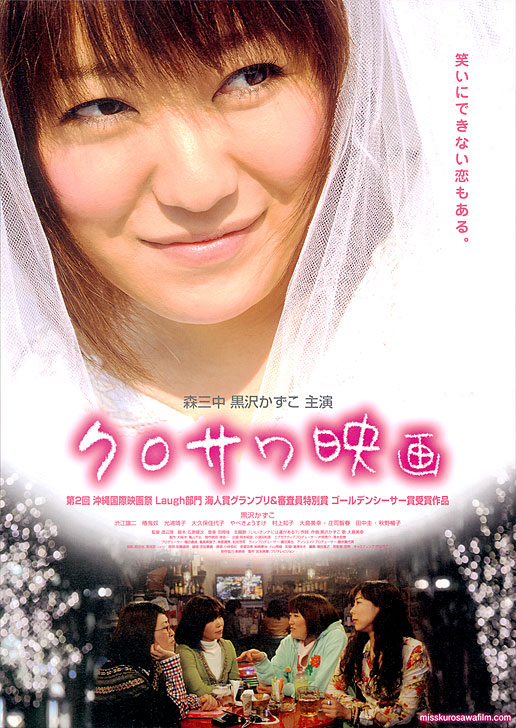 Kazuko Kurosawa is the only member of the female comedy trio Morisanchu without a husband. Miyuki Oshima has married a broadcast writer, while Tomoko Murakami has tied the knot with a man working in the apparel industry. Kurosawa has become the unmarried "thirty-something". Then, one day, hunk actor Joji Shibue - fan of Kurosawa - talks to her while they are at a party. Kurosawa is awestruck by the out-of-the-blue encounter. They gradually become closer and it seems they are falling in love, but… Being a comedienne, Kurosawa’s life is etched with sadness, joy and setbacks. Yet, these emotions are no different from what we all feel every day. Everyone in this film appear in their real names. It’s a new type of a "chick movie". -- Okinawa International Movie Festival

jay Dec 20 2013 1:58 pm This film is SO messed up. Turns out the handsome love interest is just playing with her the whole time and it's all a big prank. This doesn't happen just once, but twice! It's not even funny, it's just sad and pathetic. The message from this story is that a handsome guy would never ever fall for a chubby "ugly" girl unless it was a joke. Sad, sad, sad.

AND they made a sequel to this, WOW.