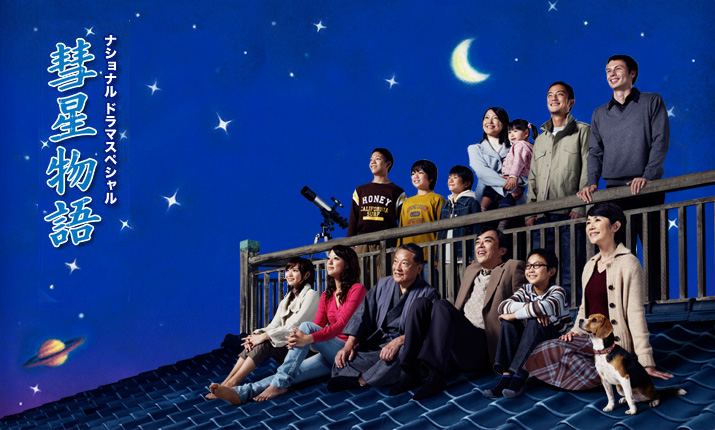 ""Meteor Story" (Suisei Monogatari) is based off of Teru Miyamoto's best-selling novel of same name. The book focuses on a very large household containing 13 people and one dog, a beagle named Hook.

The head of this clan is Fukuzo Shirota (Shiro Ito), who built a big house for himself, his son Shintaro and Shintaro's wife, Atsuko, and their four children. However, when Shintaro's business fails, the family is forced to make do with less room after they start letting rooms. Things get even more cramped when Shintaro's sister, Megumi (Michiko Haneda), gets divorced and moves in with her own four kids.

However, the main disruption comes in the form of a Hungarian student (Colin Asanuma) who comes to stay as a result of a promise that Shintaro made to the student's parents. With his elementary Japanese and fear of dogs, not to mention his cultural faux pas, the student sparks more than a few conflicts.