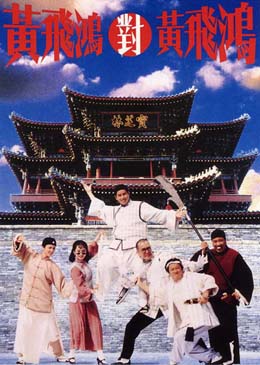 Master Huang Feihung defeated Shi Jian by his striking "Invisible Kick of Foshan" and the people there treated him as their god and worshipped him. He was annoyed. One day, Master Huang and his disciples were invited to a fund raise for charity in Guangzhou. He wanted to turn down the invitation but his disciple Zhurou Rong convinced him to go. Rong was to pretend as Master Huang. When they arrived at Guangzhou, Huang met Dung and they became good friends. Dung was eager to meet Master Huang but Huang could not reveal his true identity. He asked Yacha So to feign him and lead to many interesting jokes and misunderstandings. In the end, Shisanyi mistook Dung and Master Huang of having an affair and ordered Dung to leave. Dung then turned against Huang and the two ended in a deciding fight.........