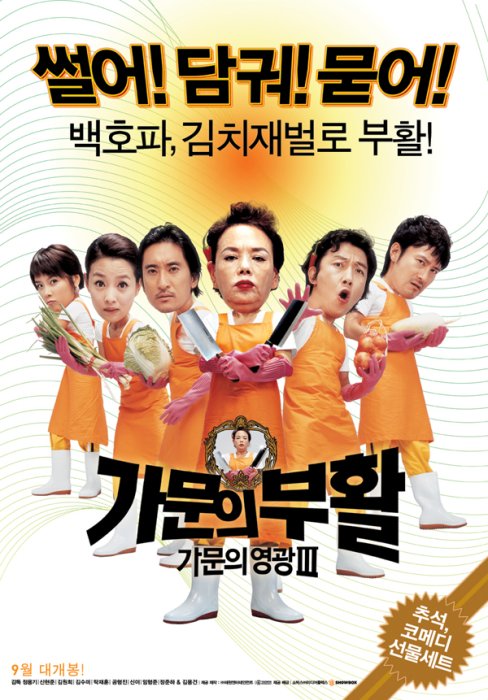 Mrs. Hong’s family, launches a new business of setting up a kimchi manufacturing company after putting an end to their crime-related dirty business. The new business is a huge success due to Mrs. Hong’s talent in food, and her three sons and their wives help her to write a new chapter for their family history, learning what an ordinary man’s life is like. But the Hongs meet a new crisis when former prosecutor Bong, imprisoned for manipulating evidences in the second installment, is released and prepares for a revenge on the Hongs, who largely contributed to his conviction.

Bong, along with the help of another criminal gang come up with an idea to pay back the Hongs. He poisons the products from Hong’s brand which causes the family to be on the verge of going out of business. But as Bong’s simple plot succeeds, the Hongs easily tackle the crisis in the end. And to fill the empty space in the flimsy story, much of the film is devoted to scenes of recollection of each character’s past.