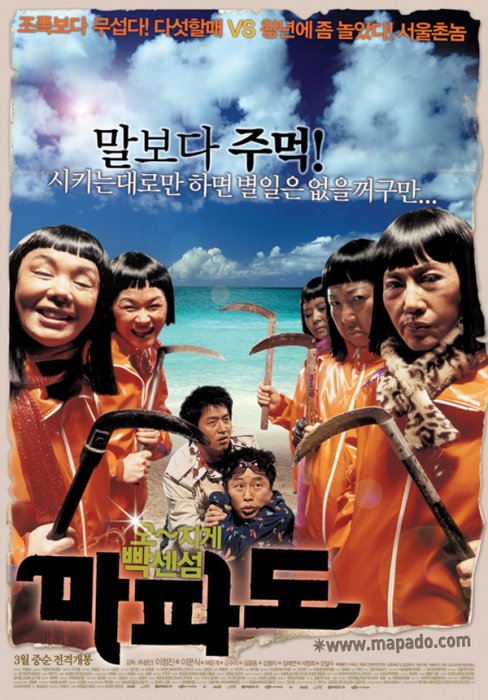 In this comic satire, a corrupt detective named Chungsu (Lee Moon-Sik) is on ambush duty on a remote island ("Mapado") off a southern port of Korea along with macho man Jaecheol (Lee Jung-Jin), in search of a woman who has concealed her whereabouts after hiding 16 billion won -- prize money from a lottery originally won by Jaecheol's boss. To their surprise, the island is inhabited by five strong-willed grandmothers who share all production, distribution, labor and possessions together on an equal basis. Moreover, 20 years have passed since the five Amazonian women have last seen any men. From the time they arrive on the island, the two sturdy men are exploited by the old women. How to overcome seduction and their ordeal are two of their top priority concerns.