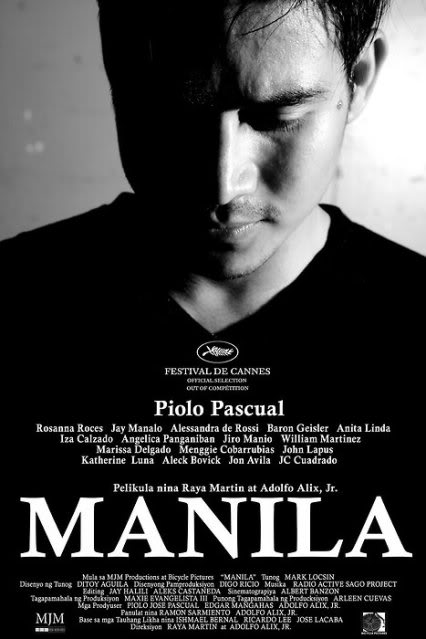 "Manila" tells two separate stories, both shot in B&W, with main character in each story played by Piolo Pascual. The first story centers around William, a drug addict on the run from the police looking for his next fix. The second story centers around Philip, a young man from a poor background that works as a bodyguard for wealthy Barry while attracted to Barry's girlfriend Amy.