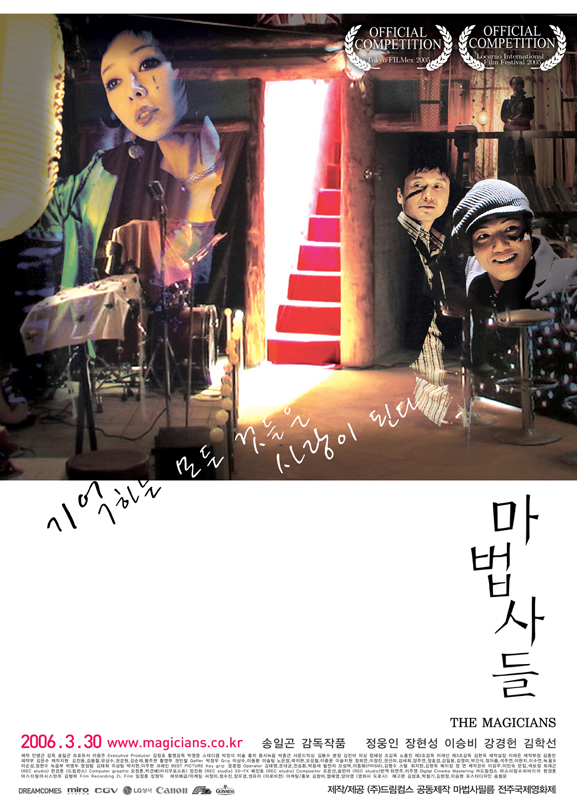 Once there was a band of four members named "The Magicians." The band was happy just playing music and having their own album. They thought they'd always be like that but when Ja-eun (Lee Seung-Bi), a peculiar guitarist, jumped off her apartment and died, the band stopped playing music. After Ja-eun's death, her boyfriend Jae-sung (Jeong Woong-In), bought a coffin in a forest where Ja-eun used to go and hide. On Ja-eun's third death memorial, one by one, the band members gathers in Jae-sung's cafe. Then a magic for all begins. Abracadabra!