Where The Legend Lives

(Redirected from Maboroshi no Yamataikoku) 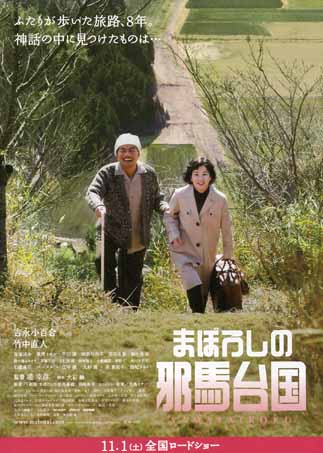 Kohei Miyazaki (Naoto Takenaka), a former railroad worker, has become obsessed with discovering the ancient country of Yamataikoku. His obsession sprouted from a day when he discovered ancient ceramics while repairing railroad tracks.

Now completely blind, Kohei relies on his wife (Sayuri Yoshinaga) to guide him through the country and read the maps in their pursuit of Yamataikoku.