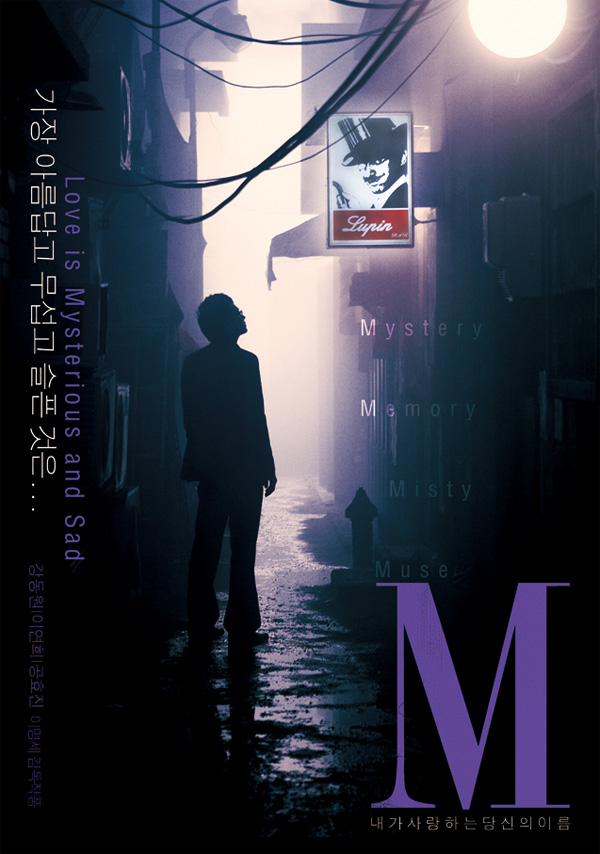 Hallucinations and nightmares haunt young author Min-Woo (Gang Dong-Won). He can't concentrate on his new work, the much-anticipated follow-up to his first successful novel, nor can he lead a normal life. Old photos and images he doesn't recognize – though they are somehow familiar – materialize from the darkness as if developed in a darkroom.

Mimi (Lee Yeon-Hee) is a beautiful young woman who follows him around like one completely lost in love. As Mimi intones the notes of “Mist” for him, long-ago recollections sparkle in the darkness of his mind as if illuminated by flashbulbs. Flickering memories of his first love claim his concentration, calling for him to remember. crushonyou Feb 01 2017 10:38 pm This film moves like an anime. I've never liked anime all that much, but I just love this film. Its colors, exaggerated movements, the use of color and sounds were all fascinating to me. When will Lee Myung Se come back to make films? He should really do more.

Kenndall Valerie Nov 24 2016 8:33 am I hope nextime you will play Action Movie with Gong Hyo Jin (GONGVELY) please. I really love your chemistry with her in movie M [2007], thats really COOL. I hope your both can be paired on action movie together someday..... I’ll be waiting for that... ^_^

jules Aug 26 2013 1:46 pm Gang always plays good interesting movie. This movie brought us to separate which is real and which is not. Schizophrenia episodes of Min Woo were shown well, implicit, like "show, don't tell!" style of narration. I loved how Gang Dong Won and the rest of actresses played their roles. The weakness was the movie climax. It's not too thrilled.. :D I love this movie!

Loved Mimi Nov 04 2012 10:27 pm Mimi (Lee Yeon-Hee)'s performance is very nice, hearth warming but for Gang Dong-Won, I think that, this movie shouldn't have been in his movie carreer. No offense but this movie is just a waste of time.