My Girlfriend is a Serial Killer

(Redirected from Love and Murder of Sheep and Wolf) 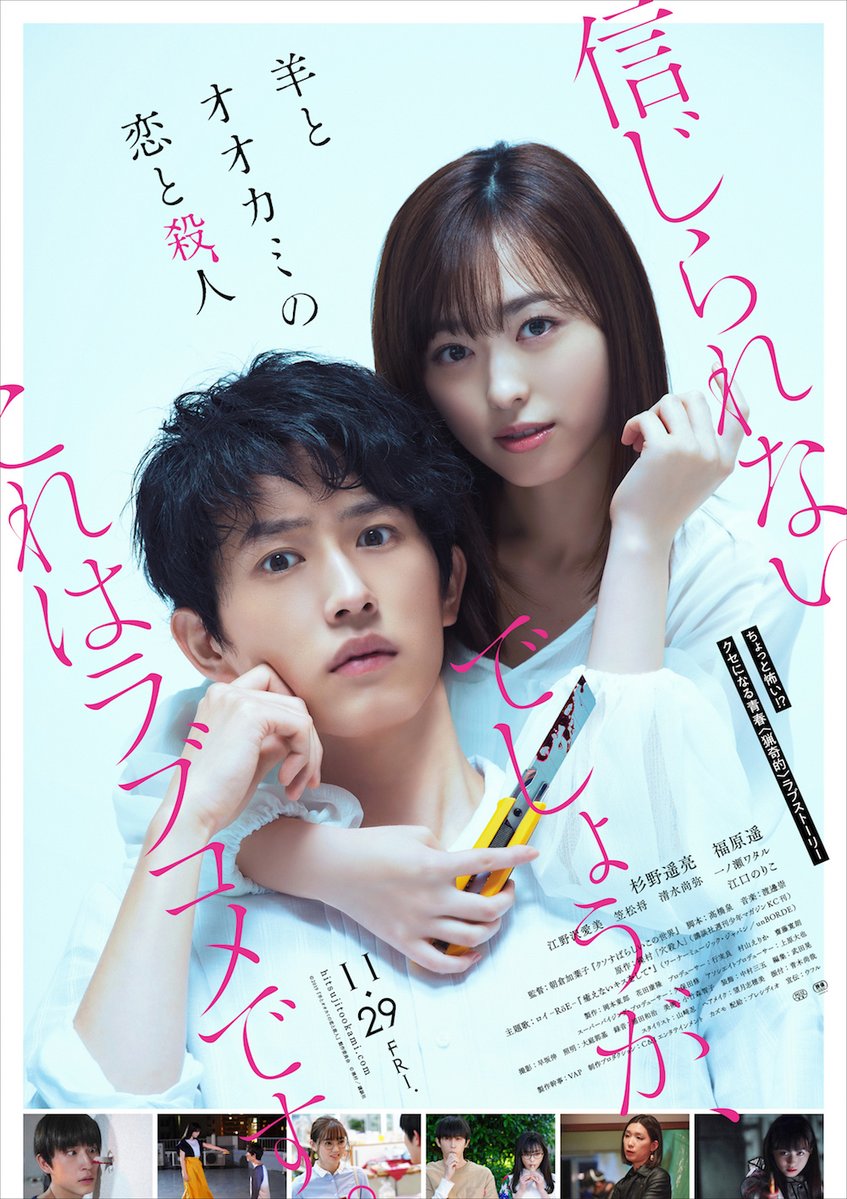 Etsuro Kurosu (Yosuke Sugino) faills getting into a university and becomes a hikikomori. One day, he tries to hang himself from a hook on the wall in his apartment. He fails, but his attempt leaves a hole in the wall. Through the hole wall, Etsuro Kurosu can now see Rio Miyaichi (Haruka Fukuhara). He becomes fascinated with the girl that lives next door.

Later, while peeping at her through the wall, Etsuro Kurosu sees her in the process of brutally murdering someone. He screams and is caught by her. Etsuro Kurosu confesses that he loves her and they start to date. Etsuro Kurosu feels happiness in his life, but what will happen to him? Will he be murdered by Rio Miyaichi?

STAN NCT Oct 29 2019 6:11 pm She's reuniting with all her love line in Good Morning Call. First, Daichi and now, Natsume?! I hope she'll have a drama or a movie with Uehara-kun or Issei.

Niahana Aug 09 2019 4:06 pm The ship is sailing!! lol.. you lucky girl. all ship in good morning call are sailing but in different movie/drama. damn Im gonna wait for this movie.