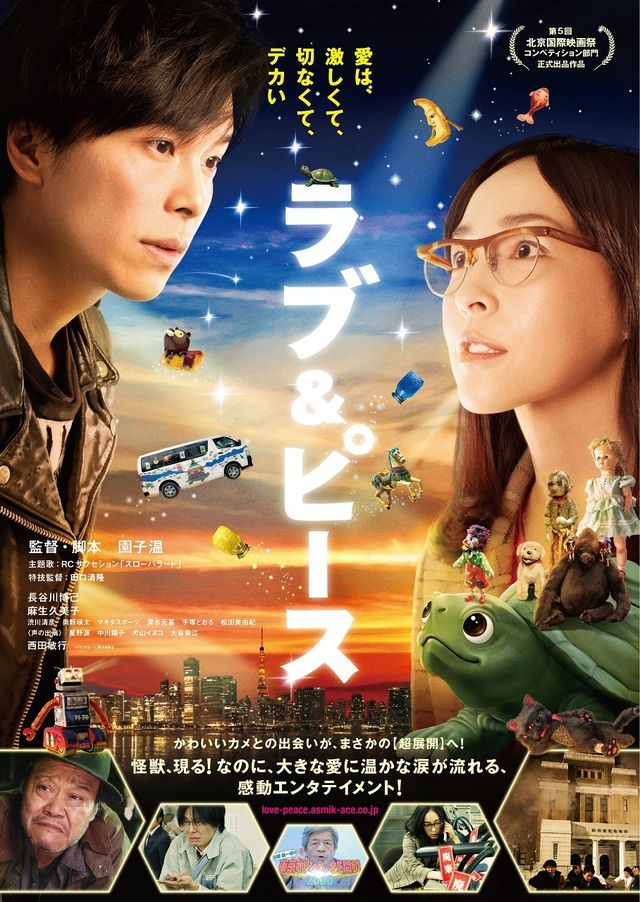 In the summer of 2015 in Tokyo, Japan. Ryoichi (Hiroki Hasegawa) dreamed of becoming a punk rocker when he was younger, but became a timid salaryman at a musical instrument parts company. He has feelings for (Kumiko Aso), but he can't tell her how he feels..

One day, he has a fateful meeting with a turtle on the rooftop of a department store. He names the turtle Pikadon and he adores it, but his co-workers laugh at him. Ryoichi throws Pikadon into the toilet. He regrets what he did. The turtle though goes through sewerage and meets an old man (Toshiyuki Nishida) who lives in the underground. Something then happens.