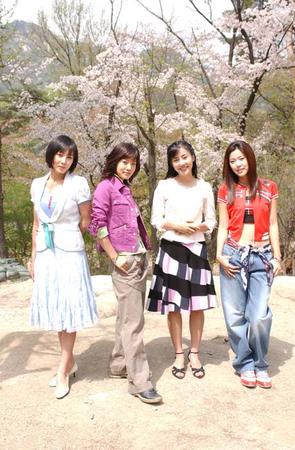 Love and passion of four sisters Cast : Park Ye Jin, Yu Sun, Park Eun Hye, Kim Ho Jin. Hye-deuk (Park Ye-Jin) The eldest daughter. She learns that love is something that needs to be expressed by sharing her pain and opening up through her failure to enter med-school, self-sacrificing marriage, divorce and getting back, starting over as a chemist instead of a doctor and her effort to reconstruct the family.

Mideuk (Yoo-Sun) The second daughter. She has so much rage and anger inside her toward the world that didn’t make sense to her. She drops out of high school but later becomes a law student. She becomes a murder suspect for the violence she couldn’t avoid in order to protect her family.

Hyundeuk (Park Eun-Hye) The third daughter. She is sympathetic and compassionate. She grew up to be a quiet and passive person under her strict father and tough sisters but she becomes more assertive and confident while she fights for her love. Indeuk (Lee Youn-Mi) The youngest. She’s a cute, out going rapper despite her sorrowful secret of her birth.

Her father had her out of wedlock while he was on a quest to get a son. Sunwoo (Kim Ho-Jin). He’s a poor working student. He falls in love with Haedeuk who was a high school student at the time. He has to hold his silence for his uncertain future at first and for his friendship later as she becomes his friend’s woman.