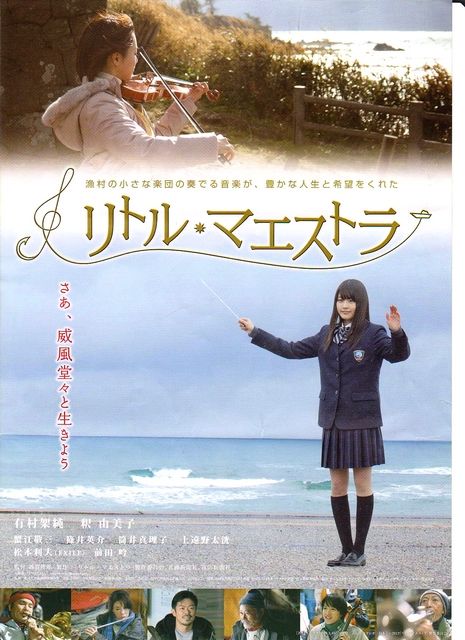 At a seaside village with an aging population and dwindling tourists, the only pleasure some residents receive is performing in a orchestra. The musica band though faces a criss when the elder conductor Yoshikawa dies. The granddaughter of the conductor Misaki then appears in the village. Misaki is a 17-year-old girl, who works as a conductor in America. She keeps this fact a secret. Meanwhile, Midori (Yumiko Shaku), a member of the orchestra, attempts to persuade Misaki to work as the conductor of their orchestra. Midori is sure that Misaki can bring rays of hope to the people in their village.