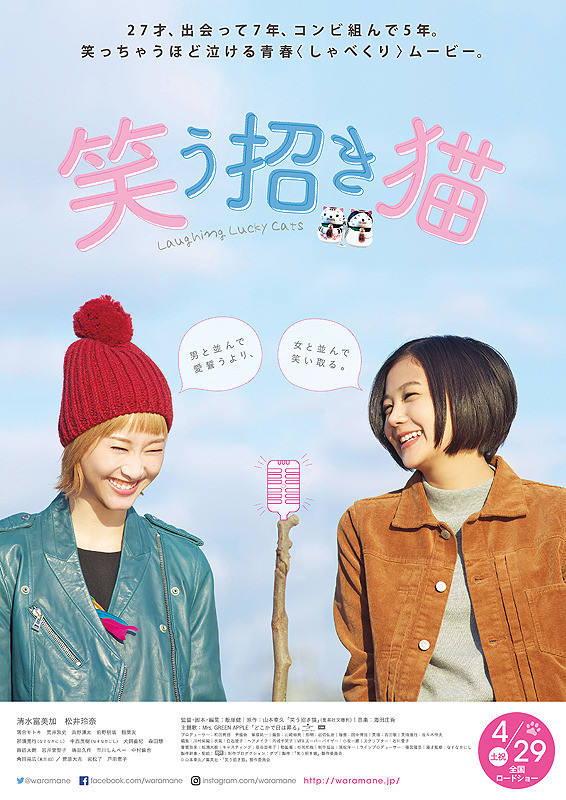 Hitomi Takagi (Fumika Shimizu) and Akako Honda (Rena Matsui) are members of comedy duo “Akako to Hitomi.” The created the comedy duo about 5 years ago, but they are still not very popular. Everyday, they perform manzai to a regular audience in a corner of a small theater. One day, Hitomi and Akako catch a middle school student trying to steal Hitomi’s bicycle. Since then, their fate as a female comedy duo begins to change.