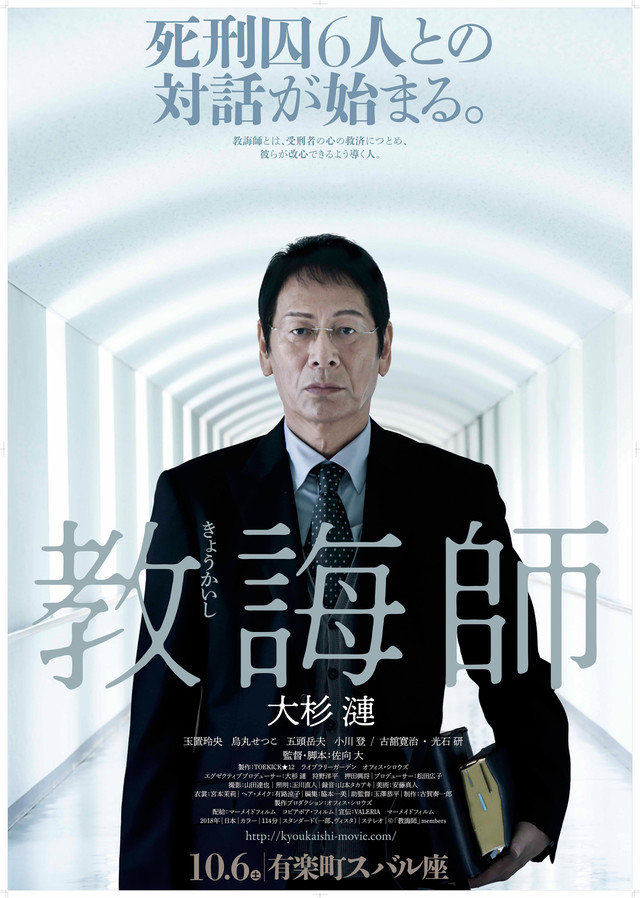 Saeki (Ren Osugi) works with death-row convicts as a prison chaplain. He tries to instill the prisoners with a sense of morality and help them become a better person. He is a good communicator with the death-row convicts assigned to solitary cells. Saeki agonizes over whether his words really touches the prisoners and whether he is doing the right thing. Saeki also faces his past which he wants to forget.